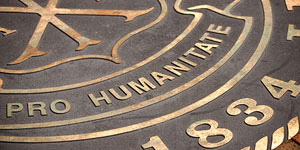 The following is a message from Provost Rogan Kersh:

I’m pleased to issue this call for nominations of our faculty director for the new Pro Humanitate Institute.

As described previously on Inside WFU, the Institute consolidates Wake Forest’s various community engagement efforts, including the former Institute for Public Engagement, which sponsored engaged teaching and research along with local community outreach, as well as the former Office of Service and Social Action, which facilitated opportunities for students to connect with the community, serve others and explore social-justice issues.

A terrific staff team, helmed by co-directors Norma-May Isakow and Mary Gerardy, will work closely with the faculty director in advancing various Pro Humanitate programs, initiatives and research/creative collaboration across campus and beyond.

Nominations (of oneself or another Reynolda Campus faculty member) may be submitted to Kimberly Quick, Fellow in the Office of the Provost, at quickr0@nullwfu.edu. They should include a current CV, and be received by October 24.

Questions may be addressed to Lynn Sutton, Vice Provost, at suttonls@nullwfu.edu. 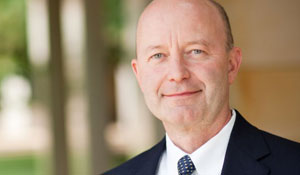 Associate Clinical Professor of Law Steve Virgil has been named executive director of experiential education for the Wake Forest University School of Law.

In his new role, Virgil will both support existing programs, including clinics, internships, externships and practicum extensions, and seek out new opportunities for meaningful experiential education. He will also provide support to faculty who integrate practical training into their doctrinal courses.

The position was created, in part, to help the law school adhere to proposed new standards set by the American Bar Association for oversight of experiential learning.

Virgil has served as founding director of Wake Forest’s Community Law and Business Clinic since 2008 and is also the founding director of the Institute for Public Engagement, a university-wide institute that promotes community based participatory research and engaged teaching.

He has practiced law for more than 20 years with an emphasis on community economic development and the nonprofit sector. His clients include nonprofit organizations of all sizes and scope, from neighborhood associations to major private foundations and he maintains an active pro bono public interest litigation practice.

He teaches courses on community economic development, poverty, evidence and the nonprofit sector. 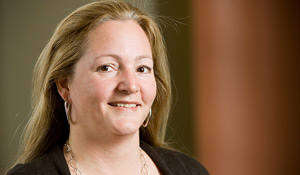 Associate professor Barbara Lentz has been selected by the third-year class to be honored with the Wake Forest University School of Law Student Bar Association’s 2013 Jurist Excellence in Teaching Award.

Lentz has been teaching writing, drafting and art law courses to JD and international LLM students for more than a decade. She has developed an art law capstone course, which will be tied to an externship placement next year, and she has taught Comparative Art Law in London and in the Cross Disciplinary Professional Development course in Nicaragua.

Lentz has been selected by the University to serve as a Faculty Fellow and by the Institute for Public Engagement as an ACE Fellow. She is a faculty adviser to the Wake Forest Journal of Business and Intellectual Property Law and has been a coach to the ABA national moot court teams for several years.

Dean Blake D. Morant made the announcement during the law school’s Hooding Ceremony on May 19. Security officer Charlie Digerolamo, affectionately known as Officer “D,” was chosen as Staff Member of the Year.

Faculty, administrators and students from colleges nationwide attended the conference.

On Tuesday, Oct. 30, the Museum of Anthropology will screen “Immersed in India,” a documentary produced by Dryden. The film documents the personal journeys of students traveling to India as part of Ananda Mitra’s summer abroad course.

Faculty members interested in learning more about incorporating service learning into new or existing courses are invited to contact Mitra. The application deadline for the 2012-13 ACE Fellows Program is Oct. 31. The ACE Fellows Program is supported by the Institute for Public Engagement, the Teaching and Learning Center and the Dean of the College.

Mitra shared information on planning international service-learning trips and preparing students to get the most of their study abroad experience. The talk included ideas for preparing students for immersion into another culture before the trip, responding to cultural and environmental experiences while abroad, and documenting the student experience after the trip.

Dryden, a 2013 MFA candidate, traveled with Mitra’s group this past summer to produce, “Immersed in India,” a film documenting the journeys of the students in Mitra’s summer abroad course. END_OF_DOCUMENT_TOKEN_TO_BE_REPLACED Read more