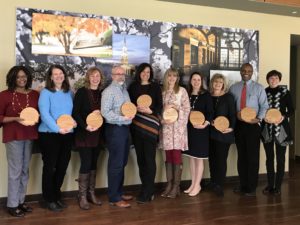 During a recognition luncheon on March 2, 13 members of the Wake Forest community were presented with plaques honoring their completion of the CORE program.  Colleagues and supervisors were in attendance to help congratulate the honorees.  This year’s plaques were made from reclaimed wood from an oak tree that stood on the grounds of the President’s Home.  Many thanks to the Facilities and Campus Services Construction Team for making these unique and special awards!

The 2018 CORE Honorees include:

CORE, which stands for “Cultivating our Organization to Realize Excellence,” was launched in September of 2011.  CORE is built around 5 competencies that are meaningful and relevant to our campus:  communication, community, leadership, organizational acumen, and personal progression. 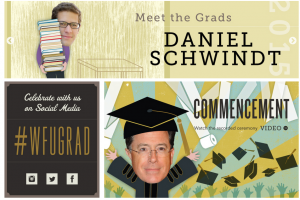 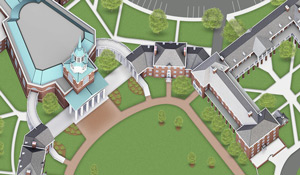 Wake Forest has launched a new online interactive map in order to bring the University’s campus to life for those wanting to explore it virtually.

The new map (available at map.wfu.edu) is built on top of Google Maps and includes 3D models, 2D graphic overlays, photos and is mobile friendly. It covers the Reynolda Campus, including facilities along Reynolds Boulevard, as well as Reynolda House, Reynolda Gardens and Graylyn. The University’s digital communication team in Communications and External Relations (CER) teamed with concept3D and their Campus Bird platform for the project.

The map will be enhanced during spring of 2015 with videos, audio, 360-degree photos and virtual tours. The University now can edit the map to reflect changes on campus.

See a list of employment milestones reached by staff in May 2013: END_OF_DOCUMENT_TOKEN_TO_BE_REPLACED Read more