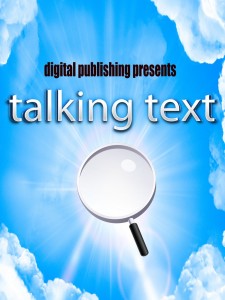 The course will cover how Digital Publishing @ Wake can turn digital documents into highly accessible, highly consumable, and highly mobile-friendly “listen-able” texts — enhancing teaching, learning, and reading across the classroom, campus and community.

“The Less We Touch” is the story of winners and losers, players and coaches, kids and parents — their games familiar but haunting; sometimes funny but not really fun; ultimately more chilling than thrilling.

“Steve’s a great storyteller,” said Bill Kane, the director of digital publishing at Wake, “and we’re honored to host his foray into long-form narrative on our fledgling digital publishing platform. He’s already an accomplished writer, and we’re really happy to help deliver high quality ebook content to his deserving readers.”

Duin has written column for The Oregonian since 1984. Read more »

“The Less We Touch” is available here: http://wfu.tizrapublisher.com/the-less-we-touch

Seto may be new to WFU, but she’s been writing poetry for years, and has been looking for ways to get published for just as long.

Digital Publishing’s Bill Kane said: “Had Samantha gone the traditional publishing route, she might’ve had to hire an agent, or wait two years, or both, just to get her poems in front of an editor — there’s often a lot of rejection in the meantime, especially for young poets, and the last thing we want to do is discourage young writers.”