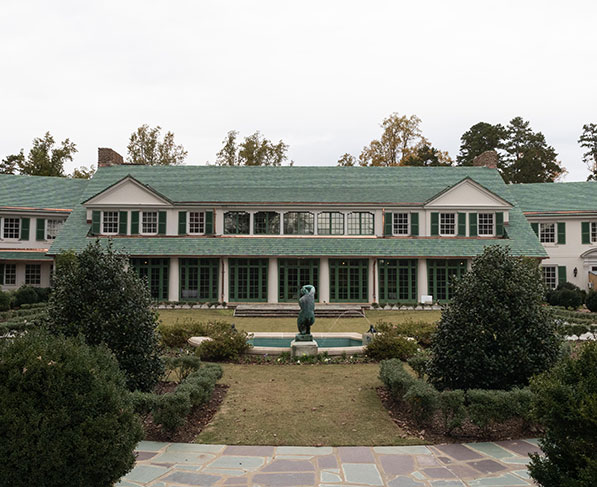 The award was presented to Reynolda on Nov. 5 by the NCPC and is given to libraries, museums, archives, historic sites and other organizations in North Carolina with a mission to preserve tangible heritage of enduring value.

Reynolda House is listed on the National Register of Historic Places and is home to a nationally renowned collection of American art on view in the restored interiors of R.J. and Katharine Reynolds’s 34,000-square-foot 1917 bungalow.

In 2018, Reynolda House was the recipient of a National Endowment for the Humanities Infrastructure Challenge grant for the rehabilitation of its historic Ludowici tile roof. Construction began in July 2021—after a 12-month delay due to COVID—and was completed earlier this month. The Museum remained open throughout the project.

Reynolda House’s gift store will be offering 18 percent discounts on De. 6 and 10 to Wake Forest faculty and staff. 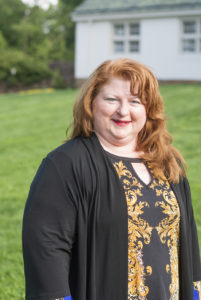 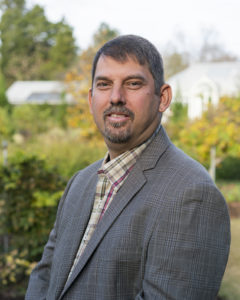 This is a guest post from Reynolda House and Reynolda Gardens:

Reynolda Gardens of Wake Forest University has hired Jon Roethling as its new director. Roethling steps into the leadership role of the renowned historic gardens and landscape of R.J. and Katharine Reynolds’s former estate after serving as curator of grounds for the Mariana Qubein Botanical Gardens at High Point University. He will begin as director of Reynolda Gardens Dec. 3.

“Jon has the critical combination of experience and aspiration to position Reynolda Gardens for the future,” said Allison Perkins, Wake Forest associate provost for Reynolda House & Reynolda Gardens, who led the search committee for the new director. “His understanding and respect for our history paired with his passion for making the beauty of our landscape accessible to all will be a boon to all of Wake Forest, Reynolda and our visitors.”

Roethling has an extensive background in public horticulture and landscaping spanning nearly 30 years. At High Point University, he guided the establishment of several important plant collections, developed new garden spaces and led the renovation of nearly all existing campus gardens. Prior to his position there, Roethling was a research technician and horticulture assistant for several years at the JC Raulston Arboretum at North Carolina State University, his alma mater. He credits his time there as central to igniting his passion for public horticulture, and for establishing his extensive network of professional relationships in the field.

At Reynolda, Roethling will join the senior leadership team under Perkins’s direction, and manage a team of five professional staff members and a dedicated volunteer group who care for 129 acres that include formal gardens, a conservatory, wooded walking trails, vast lawns and wetlands. Originally designed by Thomas Sears utilizing a site plan by Louis L. Miller and Horatio R. Buckenham, the gardens and landscape are used for recreation and respite by thousands of visitors each year and serve as a place of academic research and exploration for university students.