See a list of staff and faculty milestones for November 2017:

The Creative Research Activities Development and Enrichment (CRADLE) initiative is engaging with its fifth cohort of faculty this September and continues to experience interest and success.

The Office of the Provost and the Office of Research and Sponsored Programs (ORSP) coordinate the program. CRADLE aims to develop competitive external proposals that support multiyear research projects and creative activities. Fellows receive assistance from both internal and external consultants to improve their grantsmanship and to articulate a five-year career plan that incorporates proven strategies for developing and funding superior research and creative activities.

On Sept. 18, the new cohort will attend the first of four seminars, “Winning Grants,” that will cover federal grants. In December, another seminar focused on foundation and corporate grants will be held. Other CRADLE sessions will focus on quality and team building. Participants also work one-on-one with a grants consultant to develop 90-day contracts that outline their grant plans.

The seminars are open to non-CRADLE participants. 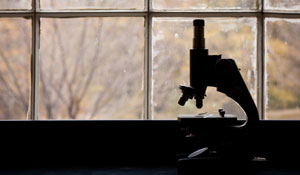 See a list of employees joining and leaving the University in August 2013: END_OF_DOCUMENT_TOKEN_TO_BE_REPLACED Read more