We are saddened to announce that Brian Colson, a member of the transportation and parking services staff, died early this morning.

Colson joined Wake Forest’s staff in 2017 and worked as a shuttle driver.

We grieve his death and extend our condolences to his family and friends, as well as those at Wake Forest who had the opportunity to know him.

Information about a service for Colson will be announced to faculty, staff and students once his family has made arrangements.

Read more about Colson in the Old Gold & Black » 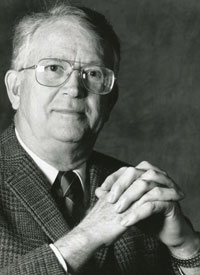 J. Van Wagstaff amassed a number of noteworthy accomplishments during his 28 years on the faculty, but his most rewarding achievement, he once said, was teaching more than 6,000 students.

Leave it to an economist to tally the number of students who took his classes on public finance and micro and macro principles of economics from 1964 to 1992. Wagstaff, who helped establish the economics department in the late 1960s, died on July 13. He was 84.

He is survived by his wife, Marge; three children, Victoria Howell (’79), Terry Williams (’81) and Joseph Wagstaff Jr. (’80); and eight grandchildren. A memorial service will be held at 11 a.m. Saturday at Augsburg Lutheran Church in Winston-Salem; the family will receive friends following the service. 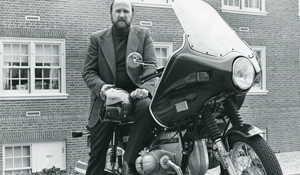 John H. Litcher (P ’83, ’85), who taught a generation of education students how to become great teachers, died Feb. 22 after a lengthy illness. He was 75.

Litcher was also regarded for his community service and was a support team member and a past president of the Lewisville (NC) Fire Department.

A celebration of life service will be held at 2 p.m. on March 8 at Lewisville Fire Department Station 13, 9420 Shallowford Road, Lewisville, N.C.

We are saddened to inform you that Melissa Clark, administrative assistant for the Market Readiness and Employment office in the School of Business, died Dec. 9 after an extended illness.

We grieve Melissa’s loss and extend our condolences to her family, friends and co-workers.

In lieu of flowers donations may be made to the Melissa Clark Children’s Fund at any Wells Fargo location or to Rescue House Church, 653 Wilksboro St., Mocksville, NC 27028.

Read the obituary in the Winston-Salem Journal.

Wake Forest offers support and counseling services for all students, faculty and staff.  The Counseling Center may be reached at 758-5273, the Chaplain’s Office at 758-5210. For faculty and staff, there is also the Employee Assistance Program at 716-5493.

We are saddened to inform you that Cyclone Covey, professor emeritus of history, died Nov. 22 in Winston-Salem. Covey was a member of the Wake Forest faculty from 1968 until his retirement in 1988.

A memorial service for Covey will be held Dec. 1 at 3 p.m. in Wait Chapel. A reception for the family will be held earlier in the afternoon, at 1:30 p.m., at Frank Vogler & Sons funeral home on Reynolda Road.

In lieu of flowers and gifts, the family requests that donations be made to the Z. Smith Reynolds Library at  P.O. Box 7777, Winston-Salem, NC 27109 or through the online giving form.

Read a story about Covey in the Winston-Salem Journal »

Read the obituary in the Winston-Salem Journal »