Solomon, Jeff. (English). So Famous and So Gay: The Fabulous Potency of Truman Capote and Gertrude Stein. University of Minnesota Press, May 2017. 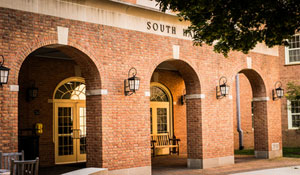 Wake Forest prioritizes engagement inside and outside of the classroom. With an 11:1 student-faculty ratio and national recognition, like the U.S. News #11 ranking for undergraduate teaching, the Faculty Fellows program is an extension of the University’s teacher-scholar model.

The Faculty Fellows program increases faculty-student engagement by promoting informal, regular interactions between students and faculty in the residence halls for first-year students. The program fosters exceptional faculty-student engagement and helps to educate the whole person through enriching the intellectual, cultural, and social lives of the first-year students.