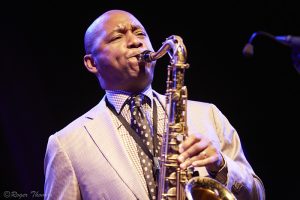 This year, the series will present five performances that range from jazz master and saxophone player extraordinaire Branford Marsalis to a spellbinding Flamenco dance troupe. Those interested in vocal music will enjoy a concert by a cappella comedy group The Bobs, as well as, Schubert’s “Winterreisse” performed by 2016 GRAMMY award-winning tenor Ian Bostridge.

Tickets for members of the community range from $5-$24 per event. A season ticket for all five Secrest Artists Series performances is also available for $95 for adults and $80 for seniors. Tickets are available at secrest.wfu.edu or by calling (336) 758-5757.

Mark your calendars now for these unforgettable events.