Congratulations to Daniel B. Kim-Shapiro, professor of physics, whose proposal entitled “Antidote for inhaled CO poisoning based on mutationally engineered neuroglobin” has been funded by the National Institutes of Health (NIH) under award number 5R01HL125886-02 and by [subaward/subcontract from] University of Pittsburgh (WFU funding agency).

Congratulations to Wei-chin Lee, professor of politics and international affairs, whose proposal entitled “International Conference and Associated Programs [Cayuse 16-0041]” has been funded by the Taipei Economic and Cultural Representative Office.

Congratulations to Walter J. Rejeski, professor of health and exercise science, whose proposal entitled “LookAhead Extension” has been funded by the National Institutes of Health (NIH) and by [subaward/subcontract from] Wake Forest University Health Sciences (WFU funding agency).

In its 17th year, the ACE Fellowship program provides support for selected faculty members interested in integrating some form of community engagement into classes. Each year, up to 12 fellows are selected by the faculty director of the ACE Fellows Program, the ACE Advisory Council, the director of the Teaching and Learning Center and the Dean of the College. 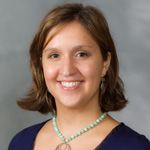 Wilkinson, who was born in Buenos Aires, Argentina, and immigrated to the U.S. at the age of six, received her doctoral degree from Louisiana State University in 2010. Her research and teaching interests include race and ethnicity, Latino/a politics, race and media, public opinion and immigration policy.

Besides receiving an Early Career Award, Wilkinson is an American Political Science Association Minority Fellow and a Southern Regional Education Board Doctoral Scholar. She is also the author of several journal articles and book chapters. Her forthcoming book, “Partners or Rivals? Power and Latino, Black and White Relations in the 21st Century,” will be published by University of Virginia Press.