Melissa Harris-Perry will speak at the Staff Advisory Council meeting on Nov. 8.  The meeting will be held from 9 to 10:30 a.m. in the Z. Smith Reynolds Library Auditorium, Room 404.  All staff are invited.

The meetings and events schedule for the Staff Advisory Council (SAC) can be found on its website.

The SAC may be contacted at sac@nullwfu.edu.

This is a guest post from the Pro Humanitate Institute: 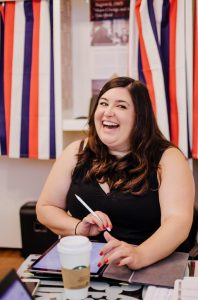 On Sept. 1, Marianne Magjuka was named executive director of the Pro Humanitate Institute at Wake Forest University. As executive director, Magjuka will provide strategic vision, oversight, and development for curricular and co-curricular initiatives of the Pro Humanitate Institute (PHI).  Magjuka has held a variety of leadership roles since arriving at Wake Forest. As both Assistant Dean of Students in the division of campus life and Director of Democratic Engagement for the PHI, Magjuka is  well-regarded on the Reynolda campus as an innovative, creative, smart, and diligent leader who combines scholarly inquiry and practical engagement in daily work.

For several years, Magjuka has supervised much of the social justice and democratic engagement initiatives of Wake Forest including leading the campus climate assessment process; establishing a regional VISTA program to address poverty in Winston-Salem through campus/community partnerships; initiating the BRANCHES social justice retreat for undergraduates; enacting social and racial justice training institutes for professional staff; supervising the staff of Campus Kitchen and multiple pre-orientation programs for first-year students; and serving as co-director of the innovative Wake the Vote effort.

“Marianne has an impressive and unique professional portfolio. She coordinates students, staff, faculty, and community members in an ongoing process of building and sustaining key relationships for our university,” said Melissa Harris-Perry, the Maya Angelou Presidential Chair of Politics and International Affairs who now assumes the title Faculty Director of PHI. “Marianne is an unparalleled leader in our organization and I am thrilled to have this opportunity to work even more closely with her as she leads PHI as its executive director.”

The award is traditionally presented to a professor or administrator and a student from both Wake Forest and Winston-Salem State University who exemplify King’s qualities and promote diversity within the community. This year, one faculty member and two students were selected as winners at Wake Forest.

Faculty award winner Derek Hicks is an assistant professor of religion and culture in Wake Forest School of Divinity and Department for the Study of Religions, and the Henry Luce Diversity Fellow. He joined Wake Forest in 2011.

Hicks has spoken nationwide and in the Winston-Salem community at various churches and events to discuss and provide insight on current race relations in America. He works closely with community leaders such as Melissa Harris-Perry, Rev. William A. Lawson, Dr. John Mendez, and Wake Forest President Nathan Hatch to ensure meaningful discussions continue that build and enhance community relations.

“It is an honor for the School of Divinity to have the contributions of one of our faculty members recognized with this award,” said Gail O’Day, dean of the divinity school. “Dr. Hicks’s scholarship, teaching, student mentoring, and community engagement do indeed help bring the dream of racial justice closer to a lived reality for all of us.”

The Office of the Provost has approved a one-year planning grant to establish the Eudaimonia Institute to study human flourishing.

The institute aims to create an interdisciplinary intellectual community of researchers, scholars, and students who will investigate the nature of eudaimonia—Aristotle’s word for “happiness,” “flourishing,” or “wellbeing”—as well as the political and economic institutions, the moral beliefs and attitudes, and the cultural practices that enable and encourage eudaimonia.