Harris-Perry advances justice for women and girls of color 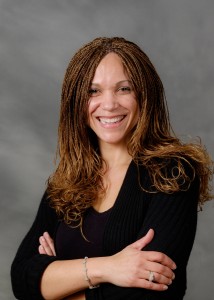 On April 29 and 30, Wake Forest’s Anna Julia Cooper Center – led by Harris-Perry – is hosting “Know Her Truths: Advancing Justice for Women & Girls of Color,” a national gathering focused on advancing justice for women and girls of color.

The conference is a key part of an ongoing, collaborative initiative to develop a meaningful research agenda addressing women and girls of color. The event will be held from 8:30 a.m. to 5:30 p.m.; Saturday, April 30 from 8:30 a.m. to 3:30 p.m. in Benson University Center 401. Nearly 100 speakers and panelists representing more than 60 organizations and institutions will participate. The full agenda and list of speakers are available on the “Know Her Truths” website.

Watch the livestream of the conference here.

Harris-Perry has also been named a winner of the 2016 Hillman Prize for Broadcast Journalism. Since 1950, the Sidney Hillman Foundation has honored journalists who pursue investigative reporting and deep storytelling in service of the common good. Winners exemplify resourcefulness and courage in reporting, skilled storytelling, social impact and relevance to the ideals of Sidney Hillman.

She was recently named editor-at-large for Elle magazine.