A message from President Nathan Hatch

As we prepare to celebrate Commencement and the achievements of the Class of 2015, we also pause to recognize and honor the outstanding careers of our retiring faculty and staff members.

Please join me in thanking this distinguished group of leaders, colleagues, mentors and friends and congratulating them on more than 500 years of combined service to Wake Forest University: 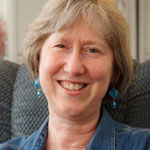 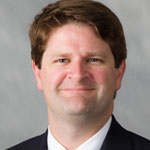 After a total of 37 years in the University Counseling Center, with 28 years serving as its director, Marianne Schubert began a phased retirement on June 30, 2014.

Schubert will remain as a staff psychologist for the upcoming academic year and will retire on June 30, 2015.

James Raper has been named interim director. Raper joined Wake Forest as a staff counselor in 2002 and has most recently served as the Counseling Center’s associate director.

The University will launch a national search in September for the next director of the University Counseling Center. Dean of Students and Associate Vice President for Campus Life Adam Goldstein will lead the search.