A message from Vice President Rue and Police Chief Lawson

This message was e-mailed to students, faculty and staff Aug. 28 on behalf of Vice President for Campus Life Penny Rue and Chief of Police Regina Lawson:

As Wake Forest begins the 2018-19 academic year, it is a good time to share information about University resources related to safety and security that are available to students, faculty and staff. Much of this information may be familiar to returning students, as well as faculty and staff who have been here a while.  Students new to the University may have learned about some of it, already, but it is valuable information that is worth repeating.

This crime alert was emailed to students, faculty and staff on March 14 by Wake Forest Communications and External Relations:

The University Police Department is investigating an incident in which an unidentified man tonight, March 14, exposed himself to a woman running on the paved path that leads between campus and Reynolda Village.

University Police officers immediately searched the area where the incident occurred, as well as several other nearby areas, but they did not locate the man. Police officers will continue patrolling the area closely.

The woman described the man as having a dark complexion, about six feet tall and in his late 30s.  She said he wore a black jacket over a gray sweatshirt, a cap and sunglasses.

Anyone with information that may assist University Police in the investigation is asked to contact the police department promptly by calling 336-758-5911, using the LiveSafe mobile app or going online and using the department’s Silent Witness form.

This is a message emailed to students, faculty and staff on Aug. 29 by Communications and External Relations:

The Wake Forest University Police Department is investigating two incidents today in which an unidentified man exposed himself shortly after 9:30 a.m. to students walking along the paved walking trail that leads from campus to Reynolda Village. On campus, the trail to the Village begins next to Parking Lot S2, across Faculty Drive from Winston Hall.

The man fled on foot immediately after the incidents, which occurred approximately a minute apart.  With the assistance of a University security camera on the trail, University Police investigators have reviewed recorded video of the incidents and have obtained a detailed description of the man.

He is described as a slender white man in his 20s with shoulder-length brown hair, a mustache and a close-cut beard.  Much of his left arm is tattooed.  At the time of the incidents, he was wearing gray shorts and a red sweatshirt.  After the incidents, he ran away toward Reynolda Village.  He took off the sweatshirt and placed it in a black backpack. While running away, he had a dark t-shirt on, in addition to his shorts.

According to police, the first incident occurred at 9:34 a.m. when a female graduate student was walking on the trail toward campus.  Near a small bridge on the trail, a man came out of a wooded area and exposed himself.  The woman continued walking toward campus.

About a minute later, another female graduate student walking toward campus came across the man at the same location, where he exposed himself to her.  She screamed and ran, catching up to the other woman.  In a few minutes, they came across a University Police officer and reported the incident.

The Wake Forest University Police Department is leading a campus effort to encourage faculty, staff and students to download a free personal safety app called LiveSafe.  Parents of students are also invited to download it. 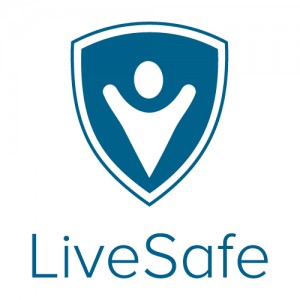 Customized by LiveSafe Inc., for Wake Forest, the new app offers quick and easy ways to call for help or report incidents ranging from crimes to car accidents. Other features include:

–A SafeWalk peer-to-peer tool that enables someone to invite another person to temporarily track their location on a map as they walk from one place to another.

–Easy access to a rich resource of information related to potential emergencies and proper responses to them, key University contacts in emergencies, crime prevention and more.

–Direct link to the University’s Wake Alert web site, which provides the campus community and others with critical information during emergencies.

“Thus far, students who have used SafeWalk report that this is one of the most popular, most used features of the new app,” University Police Chief Regina Lawson said. “It’s a very practical, easy-to-use feature that can help an individual walk alone more safely, knowing that a friend or family member knows where they are at every step.”

Lawson is also impressed with the multiple ways a person can use the app to report an incident. A person can livechat with police communications, submit a photo, leave a voice message or write a message. They can also do it anonymously, if they choose.

“The faster an incident is reported, the better for us in the police department and everyone else involved,” Lawson said. “For instance, if someone sees what appears to be a criminal incident and reports it immediately, we can be more effective as police officers in responding.”

The mobile app can be used on iPhones and Androids. Search and download LiveSafe. Students, staff and faculty are encouraged to register using their Wake Forest e-mail address. When prompted to select a location, choose Wake Forest University.