The Office of Civic & Community Engagement (OCCE) has, recently, announced the winners of its 2020 Service Awards in student, faculty and staff, and community partner categories.

The OCCE Service Awards recognize students, faculty, staff, and members of the community who have successfully and effectively worked to create meaningful social change around a particular issue, either on campus or in the Winston-Salem community.

Dani Parker-Moore, assistant professor of education, was given the Faculty Service Excellence Award.  It is presented to faculty that represent the Pro Humanitate Teacher-Scholar ideal through their service to the broader community.  According to OCCE’s announcement, “As the executive director of the Wake Forest Freedom School, Parker-Moore has applied her researched best practices into life-changing programs for underserved students in Winston-Salem.”

Dwight Lewis, associate athletic director for community and alumni relations, received the Michael G. Ford Servant Leadership Award. It is intended to recognize a staff member who carries on the legacy of servant leadership demonstrated throughout Ford’s life, professionally and personally. OCCE’s announcement states that “Lewis has worked tirelessly to cultivate Wake Forest student-athletes into both civic and community leaders throughout his time with the Demon Deacons, providing endless service opportunities in the spirit of Pro Humanitate.”

The following student awards were given:

More information about the awards is available here. 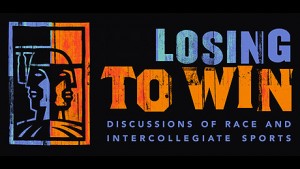 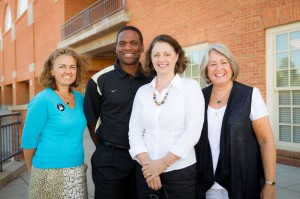