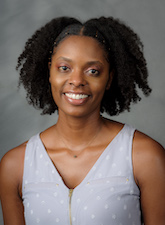 Winners of the AMCD Awards are counseling students, counselors in practice and AMCD members who have made extraordinary contributions to the counseling profession and work to eliminate conditions that create barriers to the individual development of marginalized populations.

Mitchell will be honored at the 2020 Samuel H. Johnson AMCD Luncheon in San Diego on April 18.

Seth Hayden, assistant professor of counseling, has been selected as president-elect of the National Career Development Association.

He will serve as the organization’s president in 2020.

Hayden joined the counseling faculty in 2014.

David Johnson, assistant professor of counseling, was named an emerging leader of the Association for Humanistic Counseling for the 2018-19 academic year. His year-long term will begin in July 2018.