Congratulations to Wake Forest University faculty, staff and students from the Reynolda Campus who reported the following books were published.

Former professor will have book signing 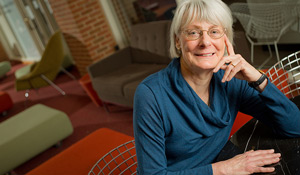 Former professor Margaret Supplee “Peggy” Smith has written a new book, “American Ski Resort: Architecture, Style, Experience,” that meticulously traces the architectural evolution of ski resorts from the 1930s to the 1990s. She presents a compelling case that ski resorts are a distinctly American type of architecture and one worthy of study.

Smith, who retired as Harold W. Tribble Professor of Art in 2011 after 32 years at Wake Forest, will have a book signing on Sunday, Oct. 27, from 1-3 p.m., at Ski and Tennis Station in Winston-Salem. If you miss her there, she’ll also be signing books on Saturday, Dec. 7, from 2–4 p.m., at Barnes & Noble, also in Winston-Salem.

The following faculty had writings published in May 2012:

The following faculty had writings published in April 2012:

Update from Dept. of Communication