Former Secretary of Defense Chuck Hagel (2013-2015) will join Former Secretary of State Madeleine Albright (1997-2001) for the upcoming Face to Face Speaker Forum on Nov. 9 at 7:30 p.m. at the Lawrence Joel Veterans Memorial Coliseum.

In addition to the conversation, there will be a special tribute to General Colin L. Powell, USA (Ret.) at the beginning of the program. Veterans attending the event will be recognized for their service.

Powell, who was originally scheduled to participate in the Face to Face Speaker Forum with Albright, passed away on October 18. Both Hagel and Albright have praised Powell’s lifelong commitment to public service and spent many years together as colleagues and close friends.

Media are welcome to cover the tribute. Clips from the video presentation will be available. Photos and video are allowed for the first 30 seconds of the conversation segment of the program.

Prior to the event, a special opportunity is available for Wake Forest students and students from area institutions of higher learning to engage with the speakers in a question and answer session at Wait Chapel at 5 p.m.

Wake Forest School of Medicine and Atrium Health today announced that they have received the needed accreditation approval and notification to proceed with phased plans to open an instructional site in Charlotte, for years three and four of the medical school curriculum in 2022. 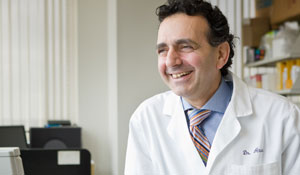 In the Richard H. Dean Biomedical Research Building on the southern end of Wake Forest Innovation Quarter in Winston-Salem, N.C., Atala and his team of researchers are creating living human tissues and organs.

The Wake Forest Baptist Medical Center has announced its awards and recognitions for September. Among those highlighted:

After consultation with key stakeholders in and beyond the community and an analysis of park names worldwide, Piedmont Triad Research Park has been renamed “Wake Forest Innovation Quarter” (www.WakeForestInnovationQuarter.com).