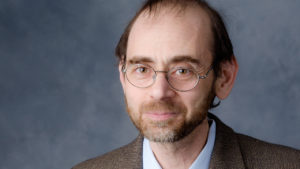 Professor of Mathematics and Statistics Kenneth Berenhaut has been given the 2019 Advanced Career Mentoring Award from the Math and Computer Sciences Division of the Council on Undergraduate Research.  The organization announced, recently, that Berenhaut and two others had been given the awards.

He is described as “vigilant regarding looking for opportunities wherein his students can have the opportunity to present their research.”  His students have attended and presented at conferences around the world, including in Greece, Japan, Germany, Canada and Mexico.  His research students have gone to doctoral programs nationwide.

In 2007, with Wake Forest support, he founded Involve: A Journal of Mathematics, with the goal to provide a venue to highlight the results of quality collaborations between faculty and students at all levels.