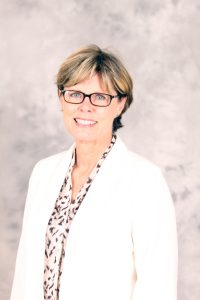 This is the first of a series of pieces written about Wake Forest community members who are committed to WakeUnited, the United Way campaign at Wake Forest.

The classes got harder as teachers pushed Ruan and her classmates to master skills they would need for high school. At the same time, Walker’s daughter and her friends were also learning to navigate the complexities of adolescence.

Walker, the University’s deputy athletic director, has seen firsthand the critical role middle school plays in helping students develop intellectually, emotionally and socially. And she knows that students who do well in middle school are better equipped to tackle high school and eventually graduate.

“United Way of Forsyth County’s Women’s Leadership Council is focused on education, particularly graduation rates in our community,” Walker says. “I joined WLC when my daughter was entering middle school, which is the age level the Council is targeting, so this is near and dear to me as a mother.”

Walker knows something else, as well: That a group of people and a community can do far more together than they can individually.

That’s true, she says, for the Wake Forest’s student-athletes and it’s true for the impact University employees can make if they support the United Way. That’s why she’s co-chair of this year’s University United Way campaign.

“United Way provides a way for every Wake Forest employee to help, make a difference, and contribute to a county-wide effort to effect positive change in our community,” she says. “Wake Forest holds a powerful place in this community. We should be leaders in giving back and doing what we can to help our neighbors, particularly children and families in need.”