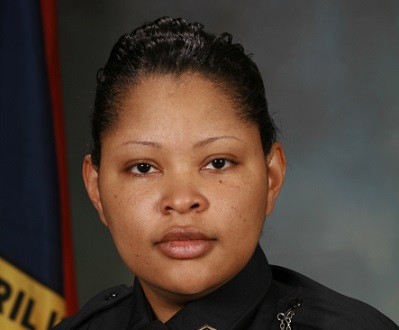 Both started their new jobs on Jan. 25.  The campus community is invited to meet them and other University Police officers at “Coffee with a Cop” on Feb. 4 from 2:30 p.m. to 4 p.m. in Reynolda Hall’s Green Room.

“They have devoted their careers to service in higher education communities,” Lawson said.  “They bring a deep understanding of effective and progressive policing in a university environment.”

“Wake Forest is very attractive to accomplished, energetic and innovative law enforcement officers,” Lawson said.  “We were able to hire from an impressive candidate pool.”

Stormer, in part, will be responsible for leading all University Police staff assigned to the Patrol Services Division, which includes patrol, investigations, community policing, special events and security services. Among her many responsibilities will be working closely with campus organizations and representing University Police on a number of campus committees and boards.

“Major Stormer will be a key leader in enhancing our department’s community engagement initiatives,” Lawson added.

Stormer will report directly to Lawson.

She joined ECU’s police department in 2002, a year after earning a Bachelor of Arts at UNC-Wilmington in criminal justice.  At ECU, she received a Master of Arts in adult education with a graduate certificate in community college instruction.  She is studying now for a Master of Justice at Methodist University.  Stormer has also completed numerous law enforcement and management courses outside her degree programs, such as the administrative officer management program at North Carolina State University.

At ECU, Stormer was a police lieutenant who served as the department’s community affairs commander.  In part, her responsibilities included overseeing all aspects of ECU’s crime prevention policies and developing community policing strategies. Stormer also served as a victim advocate for the University. 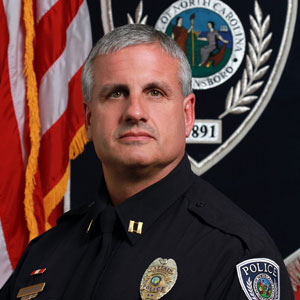 Dixon, in part, will be responsible for assisting Stormer in providing community-oriented law enforcement, event management, and safety and security services for the Wake Forest community. He will also serve as the department’s watch commander, directing police personnel.

“Much of Captain Dixon’s focus will be on patrol operations, investigations, case management and crime analysis,” according to Lawson.

He joined UNC-G’s police department in 1986 and, until recently, was a captain overseeing the support services division, which included criminal investigations, logistics, technical support and much more.  At Guilford Community College, he earned a degree in criminal justice and completed his basic law enforcement training.  Like Stormer, he has completed numerous law enforcement and management courses, including mid-management training at North Carolina State University.

Campus Life search advisory committees—composed of students, faculty and staff—played a critical role in the search process, Lawson explained.  The Winston-Salem Police Department also participated at the University’s invitation.  Wake Forest brought in the Spellman and Johnson Group, a national search firm, to assist in locating a strong pool of experienced and diverse applicants.  All candidates interviewed on campus met with numerous groups, including the Police Advisory Board and the Crisis Management Team, and made a presentation open to the entire campus community.