Call for 2015 ‘Building the Dream’ nominations 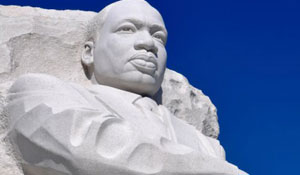 On Jan. 19, the nation will celebrate the life and legacy of Dr. Martin Luther King Jr.

The award is traditionally presented to a student and a professor or administrator from both Wake Forest and Winston-Salem State University (WSSU) who exemplify King’s qualities and promote diversity within the community.

Last year, one student and three campus leaders were recognized at Wake Forest. Read “Voices for Justice” to learn about the 2014 “Building the Dream” award-winners.

If you would like to nominate a student or faculty/staff member for the “Building the Dream” award, complete and submit the brief nomination form. Nominations must be received by Tuesday, Nov. 18.

Award-winners will be announced at the ceremonial banquet in January at Wake Forest University.