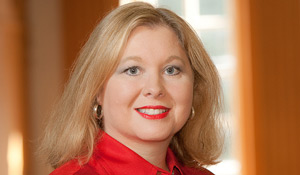 Sandy Dickson, Cindy Hill, Cara Pilson, Mary Dalton and Peter Gilbert hosted the screening of their documentary “The Last Flight of Petr Ginz” here at Wake Forest. They also screened “The Last Flight of Petr Ginz” at The Rodgers Center for Holocaust Education at Chapman University; at the 16th UK Jewish Film Festival in London; and at the Hong Kong Jewish Film Festival in Hong Kong and Macau.

Michael J. Hyde and James H. Herrick (eds.) published the book After the Genome: A Language for Our Biotechnological Future (Baylor University Press, April 2013). Hyde also organized and hosted the conference “After the Genome: The Language of our Biotechnological Future.” The conference was featured in the Winston-Salem Journal and the Triad Business Journal.

John Llewellyn was quoted in the Atlanta Journal Constitution, Business News Daily, and USA Today; he was interviewed by Newswise for its “Why Files,” discussing Lance Armstrong’s confession and lying/deception. Llewellyn also published the op-ed “Crossing the Line: Fans Chants of Cruelty” in the Huffington Post.

Allan Louden and Ron Von Burg presented the paper, “Debate, Civic Engagement, and Post-Training Social Networking” at the fourth International Conference on Argumentation, Rhetoric, Debate, and the Pedagogy of Empowerment in Doha, Qatar.

Mitra presented his work on narbs in various lectures and workshops at the Centre for Culture, Media and Governance at Jamia Millia Islamia University in India. He is also working with the Office of Undergraduate Admissions to recruit students from India. Ananda and Swati Basu also developed a protocol for Hindi-speaking students who are allowed to waive the foreign language requirement.

Mitra presented the paper “Narbs and Profiles: Using Narrative Bits of Social Media to Create an Identity Profile” at the e-Society 2013 Conference in Lisbon, Portugal. He also appeared on the “Buckley Report: Parents keep tabs of their kids on Facebook” on Fox8.

Stokes Piercy and Ron Von Burg worked with their students from “Screenwriting” and “Documentary Film” and “Humanity and Nature” to write, produce, perform and record two plays for “Food for Thought” as part of the WFU Earth Day Celebration.

Alessandra Von Burg discussed the Where Are You From? Project at the Provost’s Thursdays at Byrum and at the Rotary Club in Greensboro, along with MALS student Cindy Rayburn.