"Wake Forest Board of Trustees" Archive 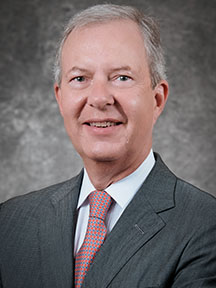 A message from Chair of the Wake Forest University Board of Trustees Gerald Roach.

Yesterday, President Hatch announced his intention to retire at the end of June. While President and Mrs. Hatch and the Wake Forest University Board of Trustees have prepared for this day for more than a year, it is still difficult to comprehend that it has arrived. Over these 15 years, the Hatches have faithfully led Wake Forest University. They have been model citizens for this community and have inspired a generation of growth and achievement that has transformed Wake Forest. The Board of Trustees is grateful for their exceptional leadership, and we look forward to joining together as a community to thank the Hatch family for their numerous contributions to our institution in the coming months.

This announcement does not change the way Wake Forest University is led. President Hatch will continue to lead our team with the same vigor, vision and good judgment as he has these last 15 years, and he has generously volunteered to continue beyond June 30 if needed to facilitate the transition.

Board of Trustees announces members and officers

The members of the Board of Trustees of Wake Forest University are pleased to announce its next class of Trustees and Officers, for the term beginning July 1, 2018.

New Board members include:

Morgan Briggs (’19) (Columbia, S.C.) is a junior business and enterprise management and religion double major originally from Knoxville, Tenn. Morgan carries various leadership roles on campus. She has served on the Honor and Ethics Council for two years and is a resident adviser for upperclassmen.

Lindsay Chambers (’00) (Los Angeles, Calif.) has spent the last decade becoming the top female custom home developer in California, with over $100 million in sales in the past four years alone. She is also a well-regarded interior designer, having won numerous awards and accolades, most recently being called one of “today’s most talented designers” by USA Today.

Returning members elected to a new term include:

A complete list of Trustees currently serving on the Board can be found here.

A Message from Board of Trustees Chair Donna Boswell

This message was emailed on behalf of Board of Trustees Chair Donna Boswell on Dec. 11 to faculty and staff by Wake Forest Communications and External Relations:

On Dec. 10, The Chronicle of Higher Education published its annual database of executive compensation packages of private college presidents.

The Chronicle’s analysis showed that in 2015, President Nathan Hatch received just over $4 million and ranked first in total compensation. This analysis was conducted using the compensation of private college presidents who served during 2015. I thought some additional context would be useful for everyone in our campus community.

The Board of Trustees’ original offer to Dr. Hatch in 2005 included a supplemental executive retirement plan (SERP) – a form of deferred compensation commonly used in recruiting and retaining senior executives – that would be paid out upon completion of his 10th year as president in 2015. Each year an average of $255,000 was accrued in the SERP, and the proper amount for each year was reported on that year’s 990 return. More than $2.3 million of the vested $2.89 million SERP had been reported on the previous nine returns, but not paid. The vesting of Dr. Hatch’s deferred compensation prompted a one-year bump among peers because IRS reporting rules require that the entire vested benefit, which includes accruals reported in the tax filings from 2006-2014, plus the final accrual and any investment net earnings be reported in the year of vesting.

Excluding the SERP-related amounts, Dr. Hatch’s compensation is comparable to the previous year. According to comparable tax data published in the analysis by The Chronicle – as well as regular benchmarks by a third-party consultant reporting to an independent committee of the Board – Dr. Hatch’s base salary of $839,944 is in line with peers at similar institutions.

President Hatch’s compensation over the course of his tenure reflects his exceptional leadership and has paid dividends for the University. He has seen Wake Forest through a transformational period that includes achieving the largest fundraising effort in the University’s history – Wake Will Lead has raised more than $795 million to date – adding $275 million for student scholarships and $225 million for faculty and academic programs. He has orchestrated major realignments in the areas of business and medicine, implemented a test-optional admissions policy, increased the diversity of our student body, set the standard for personal and career development, overseen the Reynolda Campus’ most significant renovation and building effort since the 1950s, and ensured an academic and residential environment that educates the whole person. Not a day goes by that I do not appreciate the Board of Trustees’ vision for Wake Forest and their confidence in Dr. Hatch’s ability to lead us through such a successful period in the life of our beloved University.

The Wake Forest Student Life Committee (SLC) is inviting faculty, staff and students to nominate candidates for the position of student trustee on the Wake Forest Board of Trustees. Nominations must be received by 5 p.m. Feb. 8.

The student trustee position is open to rising, full-time junior and senior students at Wake Forest.

Nomination forms are available at http://studentengagement.wfu.edu/student-trustee-nominations.

Candidates for the student trustee position on the 2017-18 board of trustees will be informed of their nomination and asked to consider submitting an application.  The applications must be completed and submitted by 5 p.m. Feb. 10. Application are available at https:wfu.collegiatelink.net/form/start/119425.

Annually, the Student Life Committee screens applicants and selects finalists for consideration by the trustees.  The new student trustee will be named in April and will begin serving on the board during summer 2017.