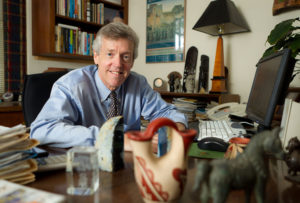 The following message is announced on behalf of Eric Maguire, Vice President for Enrollment:

After 22 years of dedicated and exemplary service to Wake Forest University, Bill Wells (’74) will retire from his position as Director of Financial Aid on June 30, 2020.

Since joining the campus as Director of Financial Aid in 1998, Bill has made it possible for thousands of students to attend Wake Forest. A forceful ally of the underserved, Bill has consistently championed access and advocated for improved affordability.  Most recently, he has helped the university cut the (need-based) debt burden of graduates by 30% from the Class of 2014 to the Class of 2019. In 2013-14, the average grant to students with need covered less than half the cost of attendance. Today, it covers two-thirds.

Bill’s influence on campus extends well beyond the financial aid office. He has been a faithful committee and community member, serving on the Judicial Council, the Greek Alumni Advisory Board and the Greek Life Advisory Committee, the Diversity and Inclusion Partners Council, the First Year Experience Commission, the Authentic Messaging Committee, and the Affordability Initiative. As he has interacted with potential and current students, Bill has encouraged them to get to know people on campus, seek help when needed, join organizations, volunteer to assist others and assume leadership positions. His prompting of students to try new things is an expansion of the experience he had on campus, helping students to become well-rounded as they pursue their ambitions.

Bill began visiting Wake Forest when his older brother enrolled as a student. Bill followed in his brother’s footsteps and graduated in 1974 with a degree in history. He then earned his master’s degrees in history and higher education from the University of North Carolina at Chapel Hill. Bill worked in financial aid for twenty years at Chapel Hill before returning to Wake Forest, where he has since committed his career.  In that time, he has been a generous, kind and hard-working colleague, dedicated to helping students enjoy a fulfilling college experience and preparing them to be successful for the rest of their lives.

While Bill will retire from his full-time position this summer, he will continue to contribute to the university’s enrollment strategy in a part-time consultative role. Frankly, I cannot imagine a better thought partner.  Bill’s deep understanding of North Carolina higher education coupled with his keen observations of the Wake Forest ethos will continue to yield insights and help us achieve new levels of enrollment success.

I hope you will join us this spring as we celebrate the rich contributions Bill has offered Wake Forest and wish him and his wife, Sally, well in this next chapter of their lives.

Retirement reception for Holmes is Monday 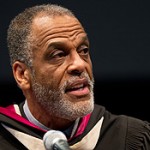 All members of the Wake Forest community are invited to a reception to honor Dean Emeritus Harold R. Holmes on Monday, Sept. 30, from 3:30-5 p.m. in the Green Room of Reynolda Hall. Remarks will be made at 4 p.m.

After 25 years of exemplary and devoted service, Holmes retired from his position as Associate Vice President and Dean of Student Services on June 30.

Eure featured in the Winston-Salem Journal 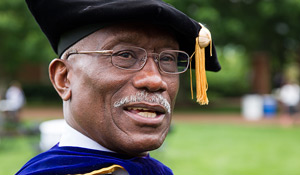 Herman Eure, a biology professor who specialized in parasitology, was featured in the Winston-Salem Journal recently.

Eure, who became the first black man to become a full-time faculty member at Wake Forest, is retiring after 39 years of teaching.

Read more in the Journal »

Reception for Mills will be Monday

A retirement reception for Bob Mills (’71, MBA ’90), who was an associate vice president in University Advancement, will be Monday, June 3, from 3-5 p.m. in the Green Room of Reynolda Hall. Please RSVP to Marsha Wall at wallmc@nullwfu.edu or 758.5224.

Mills worked in Advancement for more than 40 years. Remarks will be made at 4 p.m., and refreshments will be served.