Congratulations to Peter Brubaker, professor of health & exercise science, whose proposal entitled “Transition from risk factors to heart failure: Prevalence, pathogenesis, and phenomics” has been funded by the National Institutes of Health (NIH) under award number 1R01HL127028-01 and by [subaward/subcontract from] Wake Forest University Health Sciences (WFU funding agency).

Congratulations to Nelly van Doorn-Harder, professor of Islamic studies, whose proposal entitled “Women strengthening pluralist co-existence in contemporary Indonesia: analyzing the role of Komnas Perempuan and the Koalisi Perempuan [Cayuse 16-0079]” has been funded by the University of Notre Dame.

Congratulations to Richard T. Williams, professor of physics, whose proposal entitled “Research on Scintillator Materials and Mechanisms: LaBr3, CeBr3 and NaI with Co-Doping [Cayuse 16-0051]” has been funded by the Saint-Gobain Ceramics & Plastics, Inc. 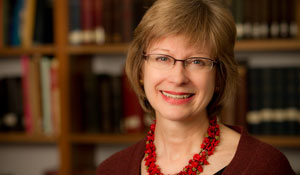 Van Doorn-Harder served as the chair of the organization’s program committee for the past three years.  The interview outlines the various new policies and initiatives that were put in place during her tenure.

Van Doorn-Harder is the author of several works on Coptic Christianity and Indonesian Islam, including “The Emergence of the Modern Coptic Papacy: The Egyptian Church and Its Leadership from the Ottoman Period to the Present” (AUC Press, 2011).

The AAR is a learned society and professional association of teachers and research scholars with about 9,000 members who teach in some 900 colleges, universities, seminaries and schools in North America and abroad.

Van Doorn-Harder has served in the leadership of a number of program units in the AAR. She served as chair of the Study of Islam Section from 2004–2008. She founded and has chaired the Middle Eastern Christianity Group since 2009, and she served on the AAR’s Governance Task Force, which revamped the AAR’s entire governance structure, from 2008–2010.

Two professors in the Department of Religion have recently had books published.

Stephen Boyd, the John Allen Easley Professor of Religion, wrote Making Justice Our Business: The Wrongful Conviction of Darryl Hunt and the Work of Faith. Boyd’s book covers the saga of Hunt, who spent 19 years in jail on a wrongful conviction before being freed in 2003. It was published by Cascade Books. Read more »

Nelly van Doorn-Harder, a professor of Islamic studies, was responsible for seven of nine chapters in The Emergence of the Modern Coptic Papacy (The Popes of Egypt, Volume 3). The book spans the five centuries from the arrival of the Ottomans in 1517 to the present era. It was published by The American University in Cairo Press. Read more »