21 faculty members to serve as fellows in residence halls

The faculty fellows program increases faculty-student engagement by promoting informal, regular interactions between students and faculty in the residence halls for first-year students. The program fosters exceptional faculty-student engagement and helps to educate the whole person through enriching the intellectual, cultural, and social lives of the first-year students.

Sanhueza highlights her work in Chile 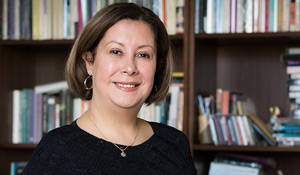 During her recent leave, María Teresa Sanhueza, an associate professor of romance languages, was interviewed on the radio program “Aula de Letras” on the Radio Universidad de Concepción in Chile.

She talked extensively about her academic background and the project that brought her to Chile: A book-length manuscript on contemporary female playwrights from the Concepción region. The program is available on the web (click on Octoubre) »

The following faculty had writings published in November 2012: