See a list of employees joining and leaving the University in December 2014:

The following is a message from President Nathan Hatch:

While commencement season always brings about a sense of new beginnings and opportunities, it’s also a time to say thank you and bid farewell to many of our friends, colleagues and mentors who have called Wake Forest University home.

Please join me in congratulating and commemorating a marvelous class of Reynolda Campus faculty and staff retiring from Wake Forest this year. We are grateful for the many contributions from this remarkable group of individuals, who together have more than 800 years of service to the University: END_OF_DOCUMENT_TOKEN_TO_BE_REPLACED Read more

Read a full summary of the event, which celebrates the achievements of students, faculty and staff, and the keynote speech by Jean Case, CEO of The Case Foundation »

Simonelli, a professor of anthropology, received the Russell D. and Elfriede Hobbs Faculty Award for Social Entrepreneurship. Simonelli taught one of the first cross-campus entrepreneurship classes called Free Trade, Fair Trade: Independent Entrepreneurs in the Global Market. She also took the entrepreneurial torch to Nicaragua and helped to teach the principles of entrepreneurship to small business owners there.

Mitra, a professor of communication, received the David and Leila Farr Award for Course Development and Research. Mitra has published a series of 10 books on the effects of digital technology on the world and coined a new term, the NARB, an item of personal information posted online. Mitra and his new digital technologies are shaping everyday life practices from how we teach to the way in which the marginalized can gain a voice through the use of Internet.

Black is an instructor in the School of Business, an affiliate professor with the Documentary Film Program and the assistant vice president and director of the CICE. She won the Faculty Excellence in Entrepreneurship Award from the students for the impact she is making on their lives through her teaching and mentoring. One student said, “She has given so many students the opportunity to pursue their dreams while developing a skill set no other department at Wake Forest can teach you. Through her I’ve learned to be a better leader, visionary, and creative thinker.” 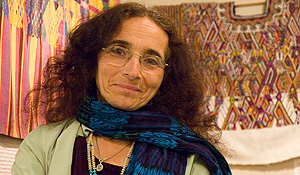 The School of Advance Research (SAR), Santa Fe and the Society for Applied Anthropology (SfAA) have selected the proposal Artisan Production and the World Market: Collaborating in Theory, Methods, Practice for its 2012 biannual short seminar and SfAA’s 2013 Plenary Session.

Co-organized by Jeanne Simonelli (Wake Forest), June Nash (CUNY) and Katherine O’Donnell (Hartwick College), the goal of this two-day seminar is to provide anthropologists and scholars from related disciplines with the opportunity to address critical human problems and social issues through the application of anthropological insights and methods. The outcome of the seminar will be twofold: 1) a plenary session at the annual meeting of the Society for Applied Anthropology and 2) an edited volume to be submitted to SAR Press for publication in its Advanced Seminar Series. END_OF_DOCUMENT_TOKEN_TO_BE_REPLACED Read more