"Department of Theatre and Dance" Archive

This is a guest post from the Department of Theatre and Dance:

Do you have a song, a monologue, a scene or a performance that was inspired by James Dodding? If so, we need you at “For He is an Englishman,” our tribute to Mr. Dodding on Oct. 6 on the Tedford Stage in the Scales Fine Arts Center at Wake Forest University.

We are working to build a show that James himself would be proud to produce. We are looking for music, theatre, mime, clowning, etc. – all the things that James loved.

If you plan to attend and would be interested in performing, please let us know by Aug. 15.

Respond to Michael Huie (mhuie26@nullgmail.com) with your name, the type of performance, its approximate length and any special requirements you might have. An accompanist will be provided.

We’ll be back in touch by September 8 if your performance will work in the time allotted for our program.

Congratulations to Miles Silman, Andrew Sabin Family Foundation Professor of Conservation Biology, whose proposal entitled “MAP-Resilience has been funded by the John D. and Catherine T. MacArthur Foundation and by (subaward/subcontract from) Woods Hole Research Center.

Congratulations to Christina Soriano, associate professor of theatre and dance, whose proposal “A Randomized Trial of Dance on Mood, Balance and Brain in Alzheimer’s Disease” has been funded by the National Institutes of Health and by (subaward/subcontract from) Wake Forest University Health Sciences.

Congratulations to Mollie Canzona, assistant professor of communication, whose proposal entitled “Optimizing health related quality of life measurement in adolescent and young adult oncology: A PROMISing solution” has been funded by the National Institutes of Health and by (subaward/subcontract from) Wake Forest University Health Sciences.

Provost Rogan Kersh emailed this announcement to faculty and staff on April 26:

I am delighted to announce that Christina Soriano, Director of Dance, Associate Professor in the Department of Theatre and Dance and Administrative Fellow in the Office of the Provost, will continue her tenure in the Provost’s Office as the inaugural Associate Provost for Arts and Interdisciplinary Initiatives. This position is intended to strengthen and further develop interdisciplinary partnerships across the university while enhancing the visibility of the arts at and beyond Wake Forest. Professor Soriano will officially assume this role on July 1, 2018.

Professor Soriano joined the Wake Forest Theatre and Dance faculty in 2006 and has served as director of the dance program since 2016. Soriano has cultivated partnerships between Wake Forest Baptist Medical Center and the Reynolda campus that transcend departmental, school, community and disciplinary boundaries.

In addition to creating new works for the Wake Forest Dance Company each year, Professor Soriano’s choreography has been presented across New England, North Carolina, New York and in Vienna, Austria. Each year, Professor Soriano is a key force behind the annual interdisciplinary symposium, Aging Re-Imagined, which brings together the work of artists and scientists around the topic of Healthy Aging. She also serves on the executive committee of IPLACe, our Interdisciplinary Performance and Liberal Arts Center.

Soriano’s wide-ranging interests and expertise have led her to identify points of connection between seemingly siloed concepts. Since 2012, Professor Soriano has taught a community dance class for Parkinson’s patients, underpinning her work to define the relationship between improvisational dance, mobility, balance and neurodegenerative disease. This research has received funding from the National Parkinson Foundation, Blue Cross Blue Shield of NC and most recently the National Institutes of Health. This work led to her being named one of the Six Outstanding Women of the Triad by For Seniors Only! Magazine.

Professor Soriano’s research has been profiled in local and national news outlets. Her published work has appeared in Journal of Dance Education, Research in Dance Education, Dance Magazine, Theatre Journal, Journal of Mathematics and the Arts, The Journal of Physical and Occupational Therapy in Geriatrics and Frontiers in Neurology.

Professor Soriano’s ability to bring colleagues together to advance transformative change—within and beyond Wake Forest—is an added source of my enthusiasm for her joining our office as associate provost.

Please join me in congratulating Christina Soriano on her new appointment!

This announcement was emailed to faculty and staff on March 27 by Wake Forest Communications and External Relations:

We are saddened to announce that James Dodding, professor emeritus of theatre, died March 25 in England.

Details about plans at Wake Forest to honor Professor Dodding are not available at this time, but will be announced later in various ways, including on the Inside WFU web site.

Professor Dodding joined Wake Forest’s Department of Theatre and Dance as a visiting lecturer and director in 1979 and continued his association with Wake Forest until 2008, when he last directed a play.  Although he retired as professor of theatre in 1998, he had continued to return to Wake Forest to direct many productions in the department.

Professor Dodding, who received the Faculty Excellence in Teaching Award at Wake Forest, was known internationally as a theatre director and teacher at universities and colleges in the United States, the United Kingdom, Canada and elsewhere.  He also enjoyed a career as a performer, author, broadcaster and more.

We grieve Professor Dodding’s death and extend our condolences to his family and friends, as well as those at Wake Forest who had the opportunity to know him. 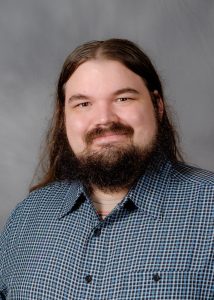