"Department for the Study of Religions" Archive

This is the fourth in a five-part series honoring College faculty who have retired in 2021 and 2020. Enjoy the linked profiles, written by faculty colleagues within their departments, honoring these incredible teacher-scholars and their lasting legacies. 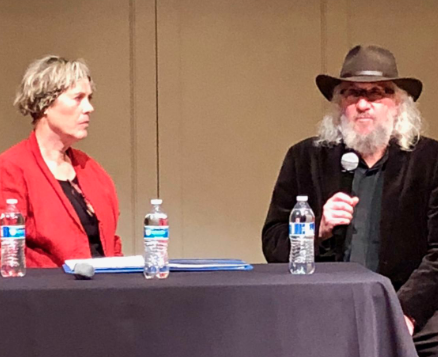 In the film, Semilian, a professor at University of North Carolina School of the Arts, examines the significance of Fujioka’s life – from being interned as a child during the Second World War to dispensing Buddhist wisdom as an adult. For more on the film, see this article in the Winston-Salem Journal.

This event was sponsored, in part, by the Andrew W. Mellon Foundation.

Lynn Neal, associate professor of the study of religions, recently received the Award for Excellence in Teaching from the American Academy of Religion (AAR). The award recognizes the importance of teaching and honors outstanding teaching in the field.

An interview with her will be featured in an upcoming edition of Religious Studies News.  She will also be the featured speaker at a forum at the 2017 AAR annual meeting in Boston.

Neal joined the Wake Forest faculty in 2006. She earned her doctorate in religious studies at the University of North Carolina at Chapel Hill. Neal teaches courses in American religious history, religion and popular culture, and religious intolerance.  Her current research examines the intersection of religion and fashion.  Her writings include “Romancing God: Evangelical Women and Inspirational Fiction” and “Evangelical Love Stories: The Triumphs and Temptations of Romantic Fiction.”  She is the co-editor of “Religious Intolerance in America: A Documentary History” and has published other works on that topic.