Several members of the Office of Personal and Career Development presented at industry conferences, recently, on such topics as marketing strategies to engage students and how to build a college campus around mentoring. In addition to sharing successful ideas that Wake Forest has implemented, staff members received recognition for their work and assumed leadership positions within organizations.

The International Mentoring Conference occurred on April 22-24. The theme of the conference centered on practical strategies around mentoring.

Several Wake Forest staff members have recently taken on leadership roles and made presentations at the North Carolina Association of Colleges and Employers (NCACE) annual conference held in Atlantic Beach from April 30-May 2. 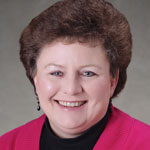 In addition to being selected as president elect of the NCACE for 2014-15, Dana Hutchens, employer experience manager, presented “Hire U: Providing Students the Employer Perspective,” a workshop that turns the tables on students, putting them in the role of recruiters having to review resumes and make interview selections. As the 2013 Furney K. James Outstanding Service Award winner, she served on the 2014 awards committee and completed her executive board two-year position as treasurer, where she also acted as the conference budget manager. Hutchens will assume the president role for the 2015-16 year.