The Humanities Institute is celebrating its 10th anniversary this year by gathering stories from faculty about their collaborations with the Institute over the past decade. 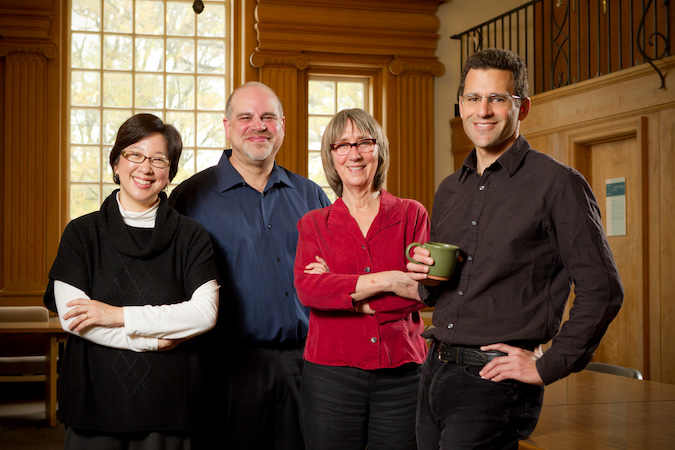 In February 2013, Wake Forest alumnus Wade Murphy (’00) donated $1 million to support the Institute, extending the reach and impact of humanities and the liberal arts. Murphy was the youngest person in the University’s history to make such a large gift.

In 2016, Wake Forest was awarded a $650,000 grant from The Andrew W. Mellon Foundation in support of engaged humanities – teaching, learning, mentoring and real-world problem solving that moves beyond the classroom. In 2018, it received an additional $850,000 from the Mellon Foundation, and funds from both of these grants were distributed among several units across the university, including the Office of the Dean of the College, the Z. Smith Reynolds Library, Reynolda House Museum of American Art, and the Humanities Institute.

Professor of English Dean J. Franco was named director and has been leading the Institute since 2017.

Over the past ten years, the Humanities Institute has added a summer writing grant award, digital humanities support, programming for narrative medicine, support for engaged humanities research and teaching, and a book development grant – consistently supporting the work of hundreds of faculty across all campuses and schools of Wake Forest.

Tributes and videos are gathered on the 10th anniversary celebration website.