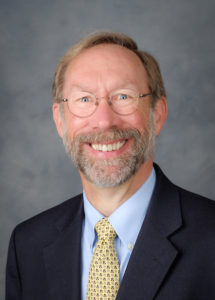 “Dr. Meiburg is a proven leader in air and water protection, and his expertise will serve the people of North Carolina well in the coming term,” said Assistant Secretary for the Environment Sheila Holman.

The commission is responsible for adopting rules for the protection, preservation and enhancement of the state’s air and water resources.

Meiburg joined Wake Forest in 2017 as director of the graduate programs in sustainability.  He earned his Bachelor of Arts in political science from Wake Forest in 1975.

In 39 years with the U.S. Environmental Protection Agency (EPA), Meiburg served as acting deputy administrator, deputy regional administrator of Region 4 (Atlanta) and Region 6 (Dallas), acting regional administrator in Regions 4 and 6, national EPA liaison to the Center for Disease Control and Prevention, and Region 6 director of Air, Pesticides and Toxics Division. He also led work on the 1990 Clean Air Act Amendments through EPA’s Office of Air Quality Planning and Standards.

The Environmental Management Commission was authorized by the N.C. General Assembly under General Statute 143B-283 and is a 15-member commission appointed by the Governor, the Senate Pro Tempore and the Speaker of the House. 2019 meetings are set for the second Thursdays of March, May, July, September and November.

Note: This story draws extensively from the state’s announcement this week.