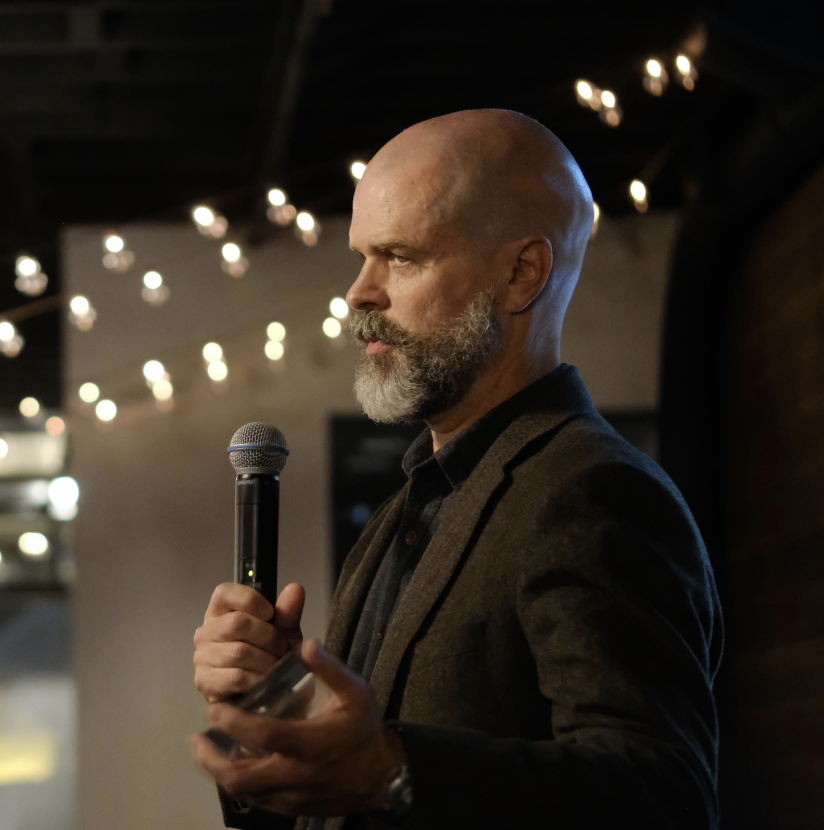 The American Institute of Graphic Arts (AIGA) recently recognized University Creative Director Hayes Henderson as an AIGA Fellow. The award is in recognition of significant personal and professional contributions to raising the standards of excellence in the design community. Hayes is only the fourth North Carolinian and one of fewer than 300 nationally to receive the award.

Additionally, the regional chapter of AIGA awarded Wake Forest with its first ever Excellence in Design Award. The designation recognizes excellence exemplified by a traditional business or institution that has successfully leveraged design and creative practices to advance strategic business interests.

Wake Forest and Hayes were honored at an October AIGA event at Footnotes in Winston-Salem.