A guest post from Wake Forest Theatre and Dance 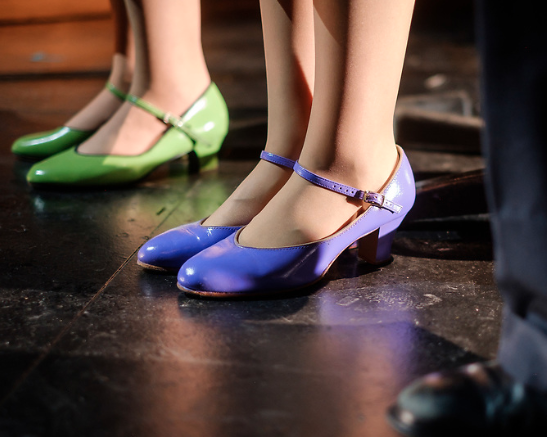 It’s time to buy season tickets for theatre and dance productions for the 2018-19 performance season.

Theatre season subscription passes are $40 for adults, $32 for senior citizens and WFU faculty/staff, and $20 for students. (Prices include NC sales tax.)

PURCHASE YOUR PASS TODAY • Call (ext. 5295) or visit the University Theatre Box Office Tuesday through Friday from 1 to 5 p.m. • Online through at college.wfu.edu/theatre • Email the Audience Services Coordinator at WFUTheatreTix@nullwfu.edu for more information •

Dance season subscription passes are available for $27 for adults, $22 for senior citizens, and $11 for students (NC sales tax to be charged at the end of the sale.)

Light Up the Sky by Moss Hart, directed by Sharon Andrews
Opens September 28

A brand new play opening “out of town” in Boston is Broadway bound! Or is it? Can a serious play with a heartfelt message bring in the big bucks or will is prove a dismal failure? Moss Hart’s Light Up the Sky is a hilarious face paced, biting but ultimately loving send up of the endless egos, anxieties and shifting loyalties of 1940s theatre folk.

Winner of the inaugural Relentless Award for Playwriting, as well as a finalist for the 2017 Pulitzer Prize in Drama, The Wolves provides a fresh look at the lives of contemporary teenagers, focusing on a girls’ indoor soccer team. “The scary, exhilarating brightness of raw adolescence emanates from every scene of this uncannily assured first play,” according to Ben Brantley of the New York Times.

Tartuffe, an ostensibly pious con man cloaked in religious trappings, flatters his way into the home of a wealthy but gullible man and indulges his appetites at the expense of the exasperated family. Will he succeed in marrying his host’s young daughter? Will he seduce his host’s wife? Will he turn the family out of their own house? Congdon’s witty verse adaptation of Molière’s biting comedy is a scandalous treat.

Mutiny in the palace! A kind servant young woman rescues the Governor’s newborn heir, scales mountains, and battles soldiers to keep the child safe.  Eventually she and the boy are presented for trial to the unpredictable judge, Azdak. A story of love and greed, sacrifice and opportunism, told in Brecht’s own rough and tumble style

For more information on plays, dates, times and locations visit the Department of Theatre and Dance website.

The Fall Faculty and Guest Artist Concert will feature contemporary, jazz, tap, and classical ballet choreography by our dance faculty and renowned guest choreographers under the direction of Nina Maria Lucas.

The Spring Student Choreographic Concert will feature selected work by student choreographers under the direction of Jessie Laurita-Spanglet. The Spring Concert gives Wake Forest students the opportunity to present their choreography across a range of dance styles.

For more information, visit the Department of Theatre and Dance website.