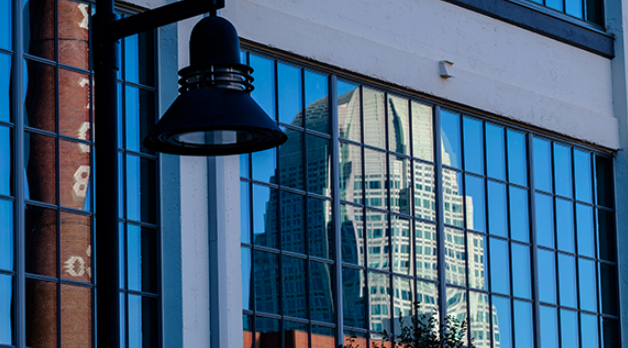 Last year, Wake Forest University joined leaders from five other local colleges and universities in pledging to incentivize entrepreneurship among their students and keep the best and brightest young business minds in Winston-Salem.

Inmar’s chairman and CEO David Mounts envisioned this collaborative program and announced its launch during a press conference at the inaugural meeting of Venture Café Winston-Salem in May 2017.

At Wake Forest, the Center for Entrepreneurship is at the forefront of fulfilling this commitment. The University has awarded more than $75,000 in cash and in-kind services to startups during the 2017-18 academic year. Student entrepreneurs with a high potential for success have access to local industry experts with technical, legal and business know-how.

The Venture Café Winston-Salem, Winston Starts and the Winston Salem Chamber of Commerce, in addition to committed individual business and community leaders, are inspiring college entrepreneurs to launch and build their businesses in Winston-Salem.

“There is strength in numbers and as an entrepreneur and business and community leader David understands the power of collaborative work,” says Dan Cohen, executive director of Wake Forest’s Center for Entrepreneurship. “It’s exciting to see the success we have had this past year with student startups remaining in Winston-Salem and the momentum building for the future.”

Examples of recent Wake Forest student startups and the kinds of support entrepreneurs received from the University and community partners follow.

The Center for Entrepreneurship seeks to complement and enrich the first-class liberal arts education provided at Wake Forest by educating and inspiring entrepreneurial leaders through engaged teaching, coaching and mentoring within a robust and vibrant entrepreneurial culture.