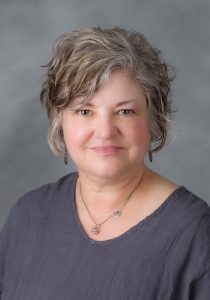 The title of the article is “Parenthood and Happiness: Effects of Work-Family Reconciliation Policies in 22 OECD Countries.” It was published in the American Journal of Sociology.  Her fellow researchers included lead author Jennifer Glass of the University of Texas at Austin and Matthew Andersson of Baylor University.  The collaborative project received a National Science Foundation grant.

Last year, the Communications and External Relations Office published a story about the project.  CER staff member Cheryl Walker wrote that the researchers looked at adults with and without children in the United States and other countries to better understand why American parents report lower levels of happiness than non-parents.

“The researchers found that the ‘happiness penalty’ for parents varies substantially from country to country and is not found in places with parent-friendly policies,” Walker wrote.

In a briefing summarizing the findings last year, Simon and her colleagues wrote that “The negative effects of parenthood on happiness were entirely explained by the presence or absence of social policies allowing parents to better combine paid work with family obligations.”

The research attracted substantial attention from national news media last year, including the Washington Post, the Boston Globe and the Huffington Post.  North Carolina coverage included a story by UNC-TV.  It is also included in research snapshots on the newly designed wfu.edu homepage.