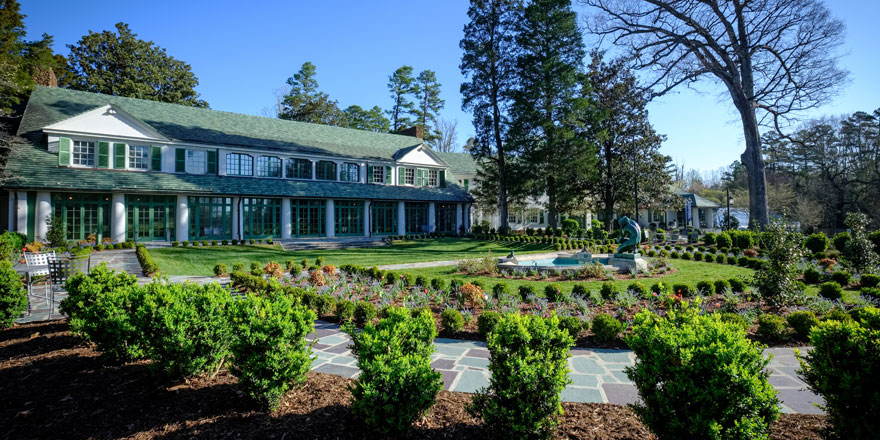 The project is expected to be complete by June 23. The museum will remain open with regular hours during this work.

Visitors on foot, bicycle, or in vehicles should use caution accessing the main driveway off of Reynolda Road during this time. At times, the main entrance to Reynolda House will be used as entrance and exit; on other days the exit near Reynolda Village will be used for exit and entrance. Access to the Perimeter Trail may be blocked near the main entrance at times. Work crews and officers from the Winston-Salem Police Department will direct traffic around the paving.

The work is one of the final projects the museum is completing in preparation for Reynolda’s centennial year, which kicks off this summer. The museum is also painting the entire exterior of the 1917 house and 2005 Babcock Wing, a project expected to be complete by late July.

Updates on the work will be posted on the museum’s social media, including the Reynolda House Facebook page and Twitter @CurateReynolda.