Allison McWilliams: The roles of the mentor

Allison McWilliams, director of mentoring and alumni personal and career development in the Office of Personal and Career Development, writes occasional articles for Inside WFU.  This is the second for the fall semester.  In each, she shares observations and suggestions with faculty and staff drawn from her professional experience with students. 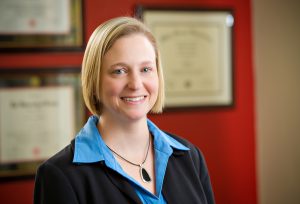 It is largely agreed-upon (though with some debate over the true nature of this relationship) that the term “mentor” first appeared in Homer’s “Odyssey,” when Telemachus was guided by Athena, masquerading as Mentor, in his quest to find his father, Odysseus. Over time, and as needs have changed, the role of the mentor has taken on many forms, including the master-apprentice model, the anointed successor/protégé model, the “sage on the stage,” the wise counselor, the role model, and the friend. With so many different ideas and visions of what mentoring can and should be floating out there, at times it can be confusing to know what, as a mentor, one is supposed to do to effectively perform these roles.

A number of years ago, Boston University professor Kathy Kram further articulated the roles of the mentor into two broad categories: career mentoring functions and psychosocial mentoring functions. The career mentoring functions include things like sponsorship, career development, advancement, and socialization. The psychosocial functions support identity development, values clarification, and development of the self. The same person may fulfill multiple roles, or different people may fulfill different roles depending on the needs of the mentee. In today’s environment, we encourage individuals to develop a network of mentors who can support multiple needs (and thereby lessening the burden on any one particular mentor to try to be all things).

Our students benefit from both career and psychosocial mentoring. When they first arrive at Wake Forest, we can provide them career mentoring as we help to socialize them as college students and into the Wake Forest experience. Throughout their time here, we can connect them to opportunities and resources that broaden their experiences. Later, of course, we can help them think through their future careers, and we and others serve as career mentors to help them clarify future directions that align with their strengths, interests, and values.

Perhaps more importantly, we also can provide psychosocial mentoring throughout the college experience. The four years spent at college are an enormously important time in students’ development of their sense of self and their transition from adolescence to adulthood. By asking thought-provoking questions, practicing active listening, role modeling behavior, sharing experiences through storytelling, and providing objective feedback, we help our students do the critical work of testing assumptions, clarifying beliefs and values, and forming their identities as young adults.