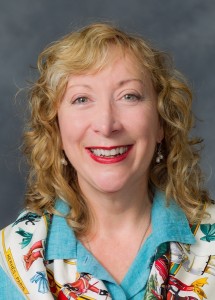 On Saturday, April 9, in conjunction with Words Awake 2!, a celebration of writing and writers April 8-9, the University will induct five alumni writers into the Wake Forest University Writers Hall of Fame. Among them is Maria Henson (’82), a journalism lecturer and associate vice president and editor-at-large at Wake Forest Magazine. She is Wake Forest’s only Pulitzer Prize winner.

After graduating from Wake Forest, Henson built a career as a distinguished journalist working as a reporter, Washington correspondent, columnist, editorial writer, investigative editor and editor. In 1992, she won the Pulitzer Prize, the most prestigious prize in journalism, for her series in the Lexington Herald-Leader about battered women in Kentucky. She also edited a series on Yosemite National Park in The Sacramento Bee that won the 2005 Pulitzer Prize for editorial writing. In 1993-94, Henson was a Nieman Fellow at Harvard. She has been a Pulitzer Prize juror four times.

Henson returned to her alma mater in June 2010 after spending a year living in Botswana in 2008. Here she answers questions about being inducted into the Writers Hall of Fame, her career and what she enjoys reading.

Q: What does being inducted into the Writers Hall of Fame mean to you?

A: Looking through the names of outstanding writers who were inducted in 2012 and those who are being inducted this month, I’m in esteemed company. I see professors who truly inspired me. One of them, Bynum Shaw, a professor of journalism, was my main mentor, who served as a reference for me for years after I graduated. Sadly, he’s not alive to see the induction ceremony, but I’m happy that my parents are able to attend.

I realize there are many people who helped me get where I am today. This celebration is a good time to stop, to remember and to be grateful for all of that support. I’m honored, but I also want to honor those who contributed to my success.

Q: Talk a little bit about your career as a journalist.

A: I started my career in Little Rock, Arkansas, and from there I worked for 27 years in the news business all over the country — in newspapers from Florida to California. I was a Washington bureau chief, an investigative editor and a deputy editorial page editor, to name a few jobs.

The business has changed dramatically. In 1990 newspapers had nearly 57,000 journalists. Today, it’s just shy of 37,000. Newspapers have decreased in staff size, yet expectations for employees have increased. I do think the influence of the audience has grown, too. Technology has helped storytelling across all segments of the population, and that’s a powerful change.

Q: What prompted this switch from a career in journalism to editor-at-large of the University magazine.

A: I wanted to come back to my alma mater — the place that launched me and where I hoped I might mentor students in the way I had been guided with such kindness. Taking on editorial direction of the Wake Forest Magazine was a new frontier for me. It’s different from journalism on many levels — no daily deadlines, no angry callers and a different mission. Our job at the magazine is to elevate the University and foster connections. We have done this by writing stories about Wake alumni, faculty and staff who are changing the world. The magazine focuses on uplifting and inspiring storytelling.

I was in the news business, which I consider a public service of vital importance to democracy. Now I’m in the good news business, enjoying spreading the word about Wake Forest.

Q: Do you have any advice for other writers?

A: Being an open, engaged listener will serve you in writing and in life. Brenda Ueland’s tiny essay “Tell Me More: On the Fine Art of Listening” has many gems. I keep it in my spare bedroom so my guests can enjoy it, and I return to it often.

She writes, “We should all know this: that listening, not talking, is the gifted and great role, and the imaginative role. And the true listener is much more beloved, magnetic than the talker, and he is more effective and learns more and does more good. And so try listening. Listen to your wife, your husband, your father, your mother, your children, your friends; to those who love you and those who don’t, to those who bore you, to your enemies. It will work a small miracle. And perhaps a great one.”

Q: What do you find the most challenging about the writing process?

A: I’ve found the most challenging part of the writing process to be planting my fingers on the keyboard. It’s amazing how many chores I can find to occupy me when I am avoiding the computer. After years of such procrastination, I finally realized that my folding the laundry, the weeding and the emptying of the dishwasher are all ways for my writing to commence. Those moments of relaxed reverie are when the sparks can happen, when that opening paragraph might flash before my eyes.

Q: What kinds of books do you enjoy?

Q: What has been your favorite part of your journey so far?

A: The work I’m proudest of includes the stories I wrote and edited with a greater purpose — the ones that made a difference, particularly for people who lacked a voice. For me, it isn’t enough to have a job. It is the greater purpose around that job that matters. I love Wake Forest, and I love the students. This is where I’m connected.

Maria Henson will be on the panel for “Bringing News to Light — Prize Winning Investigative Reporting” at the Levine Museum of the New South in Charlotte on Tuesday, April 19, at 6:30 p.m. It is part of the North Carolina Humanities Council’s yearlong celebration “Pulitzer NC: The Power of Words.” Follow Maria Henson on Twitter @MariaHenson and the Wake Forest Magazine on Facebook, Twitter @wfumagazine and Instagram @wakeforestmagazine.