Joe Cassidy has been named as the inaugural executive director for campus fitness and recreation.  He joins the University’s staff April 11. 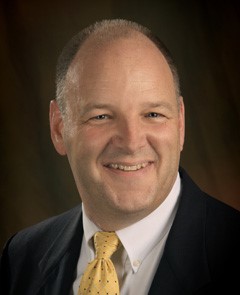 “The position was created, in part, to provide leadership to make the renovated Reynolds Gym a world-class recreation center and hub for wellbeing on campus,” announced Penny Rue, vice president for campus life.

As executive director, Cassidy’s responsibilities include providing visionary leadership, supervision and management of campus recreation facilities and programs, including intramural sports, club sports, outdoor programs and aquatics.  He will play a central role in developing creative, state-of-the-art programs and services that benefit the campus community.

As an executive director, he will serve as a member of the Campus Life leadership team.

Most recently, Cassidy served for five years as director of the Rensselaer Union at Rennsselaer Polytechnic Institute, where his responsibilities included the supervision of recreation.

“He served for 10 years in progressive, student-centered leadership positions at Dartmouth University, where he also led the oldest and most extensive outdoor education program in the country,” Rue said.

Earlier, Cassidy served for 13 years as director of the LaFortune Center and student activities at the University of Notre Dame.  He also held positions at Lehigh and Eastern Illinois universities.

Cassidy received a Bachelor’s degree at Bellarmine University, a Master’s degree at Eastern Illinois and a MBA degree at Notre Dame.