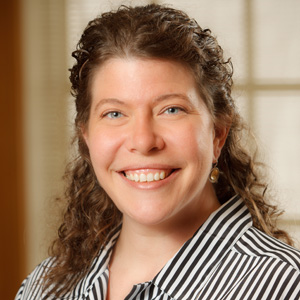 Vicki Keslar is a new member of the WakeUnited Reynolda Cabinet this year and is already putting her coordination skills to good use. Keslar, who is the Office Operations Manager and Executive Assistant to the Vice President for Personal & Career Development, is coordinating all of the WakeUnited department coordinators for this year’s campus campaign.

“I have been involved with the United Way since I started working at Wake Forest in 2009,” says Keslar.  “I have been the OPCD’s department coordinator since 2010, and I am in my second year as a member of the Women’s Leadership Council.”

Keslar believes that one of the most important things United Way of Forsyth County has done is to adopt programs that have “moved the needle” on improving the high school graduation rate for students in the local, public school system.  She says, “My passion for education made supporting the United Way an easy decision for me!”

As people who work with her will attest, Keslar’s enthusiasm is contagious. Her desire to help others drives her participation, and when asked why people should contribute to the WakeUnited Campaign, she seems almost surprised by the question.

Keslar says, “Why wouldn’t you want to contribute? United Way makes our community a better place!”