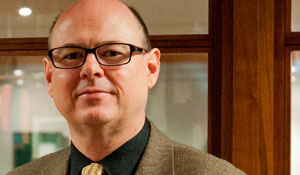 A message from President Nathan Hatch

I am pleased to announce that Tim Pyatt has accepted my invitation to serve as the next Dean of the Wake Forest University Z. Smith Reynolds Library, effective August 3. Provost Rogan Kersh chaired a national search for a leader of impeccable experience and accomplishment to serve as a zealous advocate for the essential role of the library in learning, teaching and research. Throughout the process, Tim distinguished himself as the best choice for Wake Forest.

Tim comes to Wake Forest from Pennsylvania State University where he most recently served as the Dorothy Foehr Huck Chair and head of the Eberly Family Special Collections Library.

Tim is a North Carolina native who graduated from West Forsyth High School. He holds a bachelor of arts degree in history from Duke University and a master’s of library science from North Carolina Central University. Prior to his time at Penn State, Tim worked at Duke University where he was the university archivist in the Perkins Library (2002-2011), associate director of the Rare Book, Manuscript and Special Collections Library (2006-2010), and coordinator of institutional repository services (2010-2011).