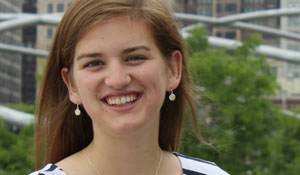 “There is a direct benefit of the tax preparation being free, which could cost an average of $200 for families to pay to get their taxes done externally,” says Briere. “Additionally, were the families to do taxes on their own, it’s likely that they would miss out on the many tax credits available to them, including the significant Earned Income Tax Credit, which aids families and individuals who are employed but not making a substantial amount.”

Some of the ways VITA benefits the community are quite obvious for the families receiving services, but there are other benefits, too. Briere notes that bigger refunds resulting tax returns prepared by VITA volunteers are put back into the local economy.

If you want to get a get a closer look at how the VITA program works, join a special Wake Forest Impact Tour on March 13 at noon. Lunch is provided free of charge, and you will be picked up and dropped off in front of ZSR Library no later than 1:30 p.m. The bus tour will focus on United Way’s efforts to ensure financial stability in our community and will include a visit to the new Prosperity Center.

Space is limited, so use this link to register soon! The registration deadline is March 9.