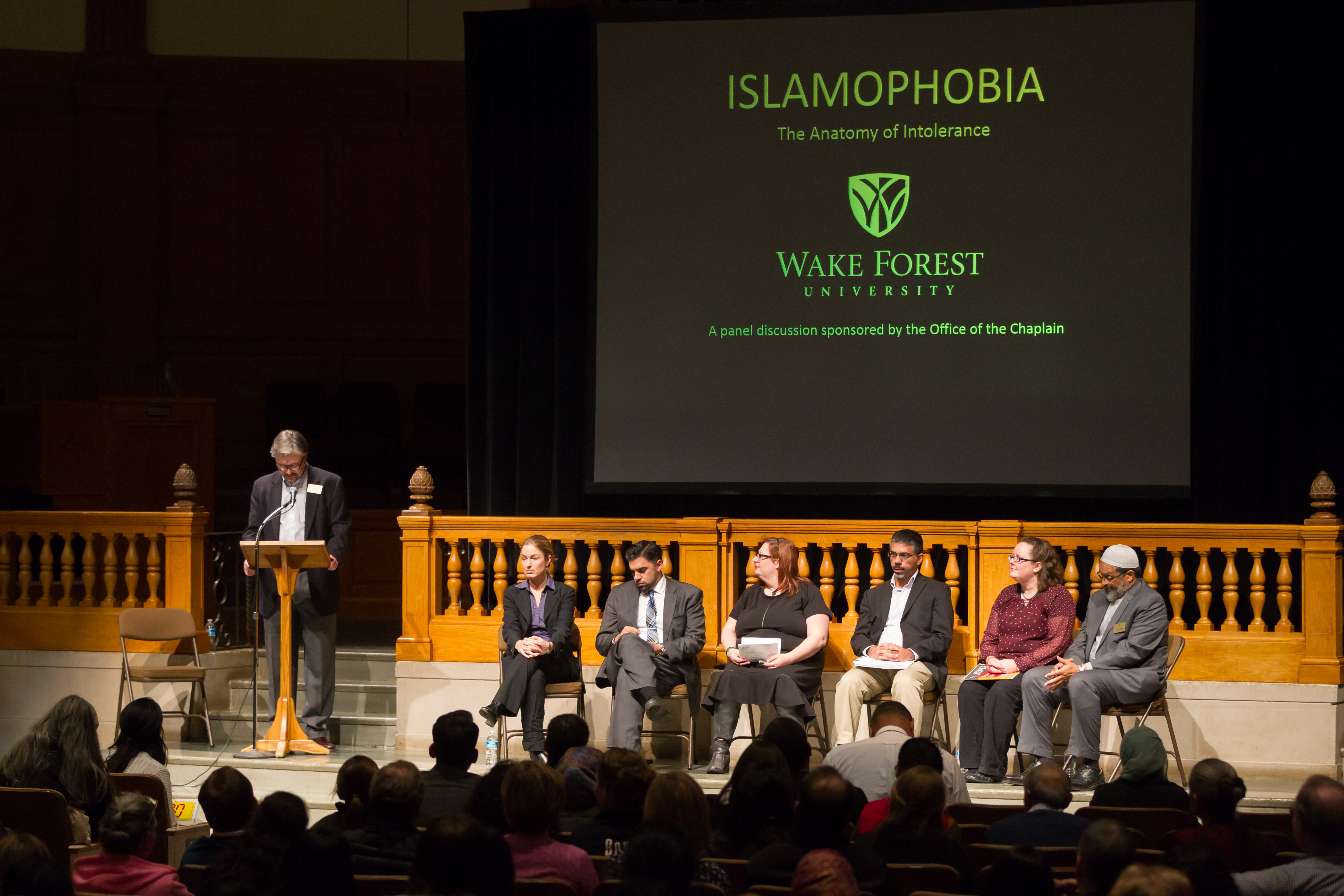 The Office of the Chaplain recently hosted a panel discussion, “Islamophobia: The Anatomy of Difference,” aimed at creating greater interfaith understanding.

The March 2 event was held in Wait Chapel and attended by faculty, staff, students and community members.

“We want people to practice deep listening, to hear personal stories about what it means to be Muslim and what Islamophobia looks like in people’s everyday lives with the goal of opening the door for relationships that include our differences – even the subtle and the most difficult ones,” said Chaplain Tim Auman, who planned the event. In his introduction, Auman encouraged talking “constructively and compassionately about difference.”

The discussion is among a number of events sponsored by the Office of the Chaplain and other campus organizations to focus on spiritual wellbeing.  “Our programming explores the idea that religious and spiritual diversity can be a resource rather than a barrier to the creation of community,” Auman said.

The panelists shared their perspectives and responded to the following questions submitted by members of the audience:

Does Islam lend itself to violence more than other religions?

Can you explain how Sharia law and the Constitution are compatible?

Are stats given by the FBI regarding hate crimes accurate?

Is it fair to say Islam is one of the main reasons behind the oppression of Muslim women? Should the West do everything in its power to liberate these women?

Do the teachers of Islam prevent people from embracing freedom of speech and expression?

What advice would you give to an American Muslim student born and raised in a Southern state that continually struggles with her public Muslim identity?