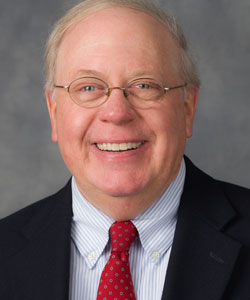 After 15 years as a United Way volunteer, Roger Beahm, professor of practice in marketing at the School of Business, is vice chair of the WakeUnited campaign for 2015.

“I first got involved with United Way because the company where I began my career (Procter & Gamble) believed in the United Way and its mission,” says Beahm. “I feel the most important thing United Way does is bring positive change to people’s lives through programs that touch our community in the three most critical areas: education, financial stability and healthy lives.”

In his role with the WakeUnited campaign this year, Beahm encourages members of the Wake Forest campus to learn more about what the United Way does, how it works, the results it is achieving, and whom it benefits.

“Did you know that one out of every three people will be touched by United Way in his or her lifetime?” says Beahm. “I believe just learning more about United Way will  fuel a passion in individuals for giving, advocating and volunteering.”