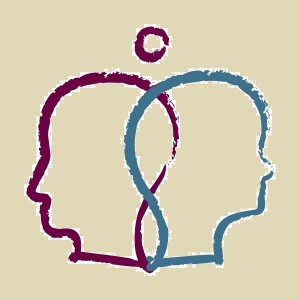 More than 225 students participated in the “Teach-In on Race and Human Community” held on Jan. 26, an event hosted by Wake Forest’s Humanities Institute and made possible with assistance from 14 faculty members in seven academic departments and both the law and divinity schools.

As colleges and universities nationwide address racial bias and other serious concerns impacting campuses, scholarly writing and critical reflection help communities understand where they are, how they got there and how to take steps toward real change.

The evening event was organized around faculty-led teaching sessions running simultaneously on campus. Each session focused on a topic and included a short reading that the faculty member selected for students to read prior to the discussion

Reading: Minnie Bruce Pratt — “Identity: Skin, Blood, Heart” from Yours in Struggle: Three Feminist Perspectives on Anti-Semitism and Racism
How our individual identity is wrapped up in (sometimes various) group identity.

Paul Escott (HST)
Reading: Alexander H. Stephens, “Cornerstone Speech” and an excerpt from an Abraham Lincoln/Stephen Douglas debate
Offers insight into the importance of race, not just slavery, in the Civil War era.

Derek Hicks (Divinity School)
Reading: Derek Hicks, “The Debasement Campaign” from Reclaiming Spirit in the Black Faith Tradition
This chapter considers the issue of racial formation during the antebellum period and slavery in this country.

David Levy (MUS)
Reading: Richard Wagner, Das Rheingold, Scene One.
The opening scene from the first opera sets in motion many of the events that deal with race and community, and form a touchstone for discussion of these important issues.

Ron Neal (Religion)
Reading: Ta-Nehisi Coates, “The Case for Reparations” from The Atlantic, June 2014
This article deals with the living connections between the past and the present.

Wendy Parker (Law School)
Reading: Brown v. Board of Education from Equal Educational Opportunity
The class examined whether school integration is a worthwhile goal today, considering both the benefits and risks of racial integration in schools.

Tanisha Ramachandran (REL)
Reading: Andrea Smith, “Heteropatriarachy and the Three Pillars of White Supremacy: Rethinking Women of Color Organizing” from Color of Violence: the Incite! Anthology
A comparative analysis of three different systems of racism prevalent in the United States and their underlying logics.

Erica Still (ENG)
Location: Tribble Hall A208
Reading: Randall Kenan, “The Foundations of the Earth” from Let the Dead Bury Their Dead
Randall Kenan engages with issues of identity, faith, love, and change in a way that invites deep respect and provokes honest conversation.