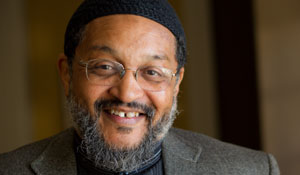 A message from President Nathan Hatch to Wake Forest students, faculty and staff

When Imam Khalid Griggs was named Associate Chaplain for Muslim Life in 2010, I spoke about the strength of Wake Forest’s religious heritage as we sought to provide religious leadership for the University’s Muslim community. At that time, I said, “This position will promote an even broader dialogue among people of different faith traditions and encourage a greater awareness of differing beliefs, both of which are critical to enriching the quality of our campus community.”

Since then, the Wake Forest campus community has supported Imam Griggs and his efforts to build bridges among people of many faiths.

Until now, I, along with other University leaders, trustees and Imam Griggs, have not publicly addressed an ongoing campaign an alumnus has waged against Imam Griggs, as well as our University. We have found the allegations of this alumnus unmerited and his methods inappropriate, and we elected not to provide him a platform. However, a recent escalation of his tactics requires a public response.

I want Wake Forest students, faculty, staff and alumni to know where their institutional leadership stands – in full support of Imam Griggs. Imam Griggs is an experienced, well-respected religious leader whose pastoral care and interfaith engagement assist Muslim students and people of all backgrounds on our campus.

In an open letter sent to all Wake Forest alumni yesterday, Imam Griggs sought to reassure our many alumni who recently have received confusing emails from the alumnus.

Our heritage is one of affirming diversity and of supporting community members, especially when they are unfairly targeted. On behalf of the entire Reynolda Cabinet, and with the support of the Board of Trustees, I wish to publicly thank Imam Griggs for the courage, grace and commitment he has demonstrated in these difficult circumstances.