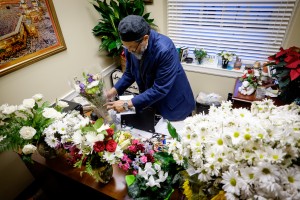 The disrespectful act has galvanized the entire Wake Forest community to provide a counter narrative for anyone who aspires to reverse the deliberate, intentional direction of diversity and inclusion that the university has decisively embarked upon. I am convinced that there is no better division within the university than the Division of Student Life led by Adam Goldstein, Associate Vice President/Dean of Students and Penny Rue, Vice President of Campus Life, and no better staff than the Office of the Chaplain headed by University Chaplain Tim Auman. University President Nathan Hatch and Board of Trustees Chairman Don Flow have provided unequivocal encouragement and support throughout this difficult period.

I will forever cherish the outpouring of support that I have received and vow to redouble my efforts to see actual inclusion come to fruition for all who comprise our community. Thank you from the bottom of my heart.

While I wish this incident had not happened, it is, in many ways, bringing out the best in Wake Forest students, faculty and staff by creating opportunities for conversation, education and greater understanding.

What speaks volumes is how the campus community has rallied in support of Imam Griggs, from the student-led “To Leave Flowers At His Door” campaign (pictured above) to expressions of support from students, faculty and staff around campus and from the Winston-Salem community.

First and foremost, Imam Griggs is a peacemaker, mentor and bridge builder, which is reflected by the outpouring of support from people of a variety of religious and philosophical traditions. As an Associate Chaplain, Imam Griggs supports Muslim life at Wake Forest and is well known as an interfaith leader on campus and in the broader community.