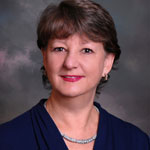 Each year, FLANC honors a teacher in grades K-12 and in higher education for excellence in teaching. The FLANC conference was held Oct. 2-4, 2014 in Winston-Salem, N.C. and was attended by more than 500 foreign language educators. Redmond served the organization as president in 1995-1997 and is a frequent presenter on topics related to best practices in instruction and on research in the field of world language education.

During this year’s conference, Redmond co-presented two sessions with alumni of Wake Forest’s MAEd program who are French and Spanish teachers, and she was a keynote speaker at the Saturday morning opening session.

Mary Lynn currently serves as President of the American Council on the Teaching of Foreign Languages (ACTFL).