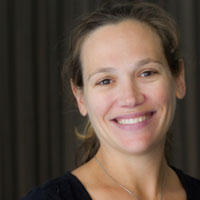 Chairs, dance and Parkinson’s Disease will come together Sunday, Sept. 14, in Dancing with Parkinson’s: Choreography for the Seated Position at Reynolda House Museum of American Art.

Led by Wake Forest dance professor Christiana Soriano, and performed by the participants of her Dancing with Parkinson’s class, the event will explore how improvisational dance in the seated position affects movement in people with Parkinson’s.

“We are looking at how chairs serve us in different and complex ways,” Soriano said. “The chair enables them to take greater risk with movement.”

Soriano began her Parkinson’s research in 2012 when she began a study that looked at the way improvisational dance intervention changed balance and mobility in adults with Parkinson’s. She led patients with Parkinson’s in dance on a weekly basis throughout the study. After the study ended, Soriano continued to hold weekly classes at the request of her participants.

The performance is presented in association with The Art of Seating: Two Hundred Years of American Design, Reynolda House’s current exhibition. Learn more about Dancing with Parkinson’s: Choreography for the Seated Position on Reynolda House Museum of American Art’s website.